Get Ready For An Economic Wake-Up Call This Holiday Season 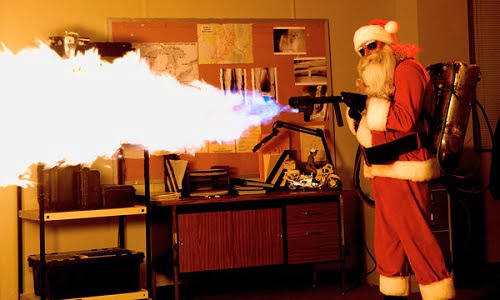 If we are to measure the concept of “economic recovery” in real terms, then we would have to look at the fundamentals (not stock markets) and whether or not they’re improving. Unfortunately, not all economic data is presented to the public honestly. Very often it is mired and obscured in a fog of disinformation and false standards.

I would point out, though, that there is relatively accurate information out there in certain areas of the global economy, and it tells us our economic structure is destabilizing. Beyond that, even the rigged numbers are moving into negative territory. But what does all this mean for the holiday retail season, one of the mainstream’s favorite gauges of US financial health? And, if 2019’s holiday profits sink, what does this tell us is going to happen in 2020?

First, let’s start with what we know…

Since we live in a “globalized” economy where everything is supposedly “interdependent”, it helps to examine international export numbers. The US doesn’t manufacture and export much of anything anymore beyond agricultural products, but global markets do expect us to consume the goods of other nations. A decline in exports indicates a failing global economy but in particular a failing US consumer economy.

The obvious example would be China, which has seen plunging export data at least the past three months, though many will argue that this is merely due to tariffs and the trade war. However, it’s not just China that is showing signs of collapse.

South Korea, another major manufacturing and export hub in Asia (5th largest in the world) has seen declining exports for 11 consecutive months. South Korean shipping is crumbling in November and the media is blaming the trade war, as some SK companies would be “hit indirectly” because they sell intermediate goods to China are linked to US companies in China. But this makes little sense. Tariffs are highly targeted to specific companies and specific goods, and so far the US has not directed major tariff attention at South Korea beyond the auto market.  Also, the new KORUS deal between Trump and SK is different only cosmetically to original trade agreements, yet, South Korean exports continue to fall.

The same situation can be seen in Japan, with Japanese exports witnessing a 9.2% year-over-year drop in October, the largest decline in 3 years. Japan has seen three consecutive months of declines in exports.

And what about Europe? While Germany, the manufacturing powerhouse of the EU, finally saw a jump in exports to the US this past month, overall the European Union has seen consistently poor export performance for the past year, and Germany itself is hovering on the edge of recession with 0.1% official GDP growth. Many economists already consider Germany to be in recession, as official GDP numbers are constantly manipulated by governments to the upside.

But let’s not forget about the US. Remember how Trump promised that the trade war would result in a renaissance for US manufacturing and that millions of industrial jobs would be returning to our shores? Well, as I’ve warned consistently for the past couple of years, there is NO WAY corporations that will be bringing manufacturing jobs and factories back to the US without ample incentives. Trump already gave companies tax cuts without demanding anything in return, and the cost/benefit ratio of building new factories and paying American workers top dollar versus keeping existing factories in Asia and dealing with 10%-25% tariffs just doesn’t add up to a new US rust belt renaissance.

The question is, will the vast decline in global manufacturing translate to a crash in consumer demand?  We know that US credit dependency has skyrocketed in the past few years, but will more debt result in more profits for retailers?  This is highly unlikely, as US retail sales growth, for example, has been in decline at the same time that consumer debt has been rising.  Why?  Credit delinquencies have been relatively stable (so far) this year, so my theory is that people in the US are paying off previous debts by taking on new debt. They are kicking the can on their insolvency.

We have seen this kind of destructive credit death cycle before – Right before the crash of 2008.

So what does all this mean? And why is the media portraying the trade war with China as the cause of the global export and shipping crisis when clearly most of the world is not directly or even indirectly tied to the tariffs?

As noted above, the narrative that is being pushed is that we live in an “interdependent” and globalized world, and those nations cannot function economically without cooperation. The trade war, I believe, is a smokescreen designed by the globalist establishment to do two things specifically:

1) It is being created to hide a crash in the greater economy. Notice that almost no one in the mainstream is talking about a collapse in global production and multiple fundamentals due to DEMAND; instead, they constantly talk about the trade war and exports. The trade war is becoming the scapegoat for the implosion of the market bubble engineered by globalists and central banks through a decade of stimulus measures.

The collapse of the economic bubble is being caused in part by massive debt and a lack of consumer demand due to a lack of consumer savings and cash flow. The trade war has little to do with it, and I suspect we would be seeing sharp declines in the US economy in particular even without the trade war.

2) The trade war creates a false dichotomy in which many Americans will be lured into blaming China and other nations for their economic ills, and China and the rest of the world will be lured into blaming America. It also reasserts the globalist propaganda argument that when nations and economies “go rogue”, they hurt everyone; therefore, more global controls and centralization will have to be established in order to prevent nationalism from harming the rest of the world.

And what does this all have to do with the Christmas shopping season? Like the end of last year, I think we are in for another ugly holiday retail event – Perhaps far worse than before. All the manufacturing and export data indicates that this will be the case. If so, then the mainstream narrative of recovery, long perpetuated as fact by the media and the Federal Reserve for the past several years, will finally die.

The only thing that might elevate holiday numbers would be increased price inflation in goods, but I predict that even inflation misrepresented as “profits” will not save Christmas stats this year.  Some skeptics of the ongoing crash will argue that Black Friday numbers this year were the best since 2013, therefore the holiday season will be a good one.  These people don’t know their economic history.  In most cases, holiday seasons that start off with a high traffic Black Friday end with poor overall sales data, including 2013.  This is because consumers that are cash strapped are more likely to buy early during Black Friday sales and spend far less over the rest of the season.

In the mind of the average American consumer, holiday retail sales are a primary indicator of the health of the economy. A dramatic crash in Christmas retail will end the delusion of a stable US system and cause the public to start asking questions. Economics is 50% math and 50% psychology. The math in the US economy says we are in the middle of a crash. The psychological orientation of the public has been on the opposite end of the spectrum but is now slowly moving to meet with reality. When the psychological delusion ends, the game is over. And, for the globalists, a new game begins.

Order out of chaos is their motto for a reason…

The global “reset” as they sometimes refer to it, has already been triggered. Going into 2020, the question is will the fantasy fall completely away to reveal the grotesque economic swamp our foundation has been built on top of? Or, will the delusion drag on for at least one more year? Given the current data, I suspect the party is over. But it is difficult to predict how the public will react to a financial crash. Sometimes people have no choice but to acknowledge the danger in front of them, but sometimes they simply bury their heads in the sand deeper and hope that by dragging out the inevitable will become forgettable.