Epstein Autopsy Finds Evidence He May Have Been Murdered 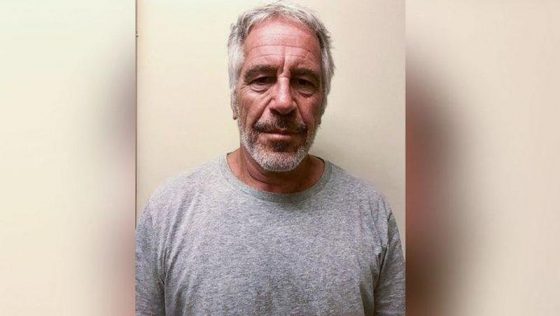 As the public carries on with the great debate about what really happened (or didn’t happen) to Jeffrey Epstein early Saturday morning in the hours before he was found dead in his cell at MCC in an apparent suicide, the Washington Post has unleashed a bombshell.

First, remember how some witnesses claimed they had heard horrifying shrieking coming from Epstein’s cell in the hours before his death? Well, here’s one explanation for that: An autopsy report found that Epstein had endured multiple breaks in his neck bones, deepening the mystery surrounding his death last week.

Among the bones broken in Epstein’s neck was the hyoid bone, which in men is near the Adam’s apple. These breaks can occur in those who hang themselves, particularly if they are older, according to forensic experts and studies on the subject.

But they are more common in victims of homicide by strangulation.

Even Jonathan L. Arden, president of the National Association of Medical Examiners, admitted that a hyoid break is more commonly associated with homicidal strangulation than suicidal hanging.

The hyoid bone played a pivotal role in another critical New York City case: The death of Eric Garner.

The hyoid bone played a central role in a heated dispute last year over another high-profile death in New York, that of Eric Garner. A New York police officer was accused of using an improper chokehold while trying to arrest Garner and of causing his death. A police officers’ association claimed that an autopsy from Sampson’s office found there was no break of Garner’s hyoid bone, and that this proved that the officer could not have strangled Garner and caused his death.

These details, according to WaPo, are the first to emerge from Epstein’s autopsy, something that will undoubtedly be closely watched by the legions of Epstein conspiracists who have emerged since his death.

While AG William Barr has described Epstein’s death as “an apparent suicide,” but DoJ officials have refused to comment on the latest findings from Epstein’s autopsy.

The office of New York City’s chief medical examiner, Barbara Sampson, completed an autopsy of Epstein’s body Sunday. But Sampson listed the cause of his death as pending. Asked about the neck injuries Sampson said in a statement that no single factor in an autopsy can alone provide a conclusive answer about what happened.

“In all forensic investigations, all information must be synthesized to determine the cause and manner of death. Everything must be consistent; no single finding can be evaluated in a vacuum.”

The reports about Epstein’s neck injuries followed revelations that the two guards responsible for guarding him had fallen asleep during the hours before his death, then falsified paperwork to try and cover their tracks. And dozens of veteran prosecutors and prison officials were shocked that one of the most high-profile inmates in the country wasn’t more closely watched.

Sure, plenty of details remain to be revealed from Epstein’s autopsy, but his jailhouse death is beginning to sound like something out of ‘the Wire’.

Are you overworked and overcrowded? Do you dream of dropping off the radar? Do you crave the peace of mind that only nature can provide? Fitness and military intelligence expert Gary Collins has helped thousands of people roam free with firsthand advice shared on his popular website. And now he’s here to help you reclaim your independence.

Going Off The Grid: The How-To Book Of Simple Living And Happiness

contains step-by-step instructions for creating your self-sustaining refuge in the untamed wild or the blacktop jungle. Through Collins’ methods, you’ll identify and purge unnecessary stressors from your everyday life. You’ll also learn the basics of off-the-grid living from home construction to energy alternatives, from sewage disposal to internet access.