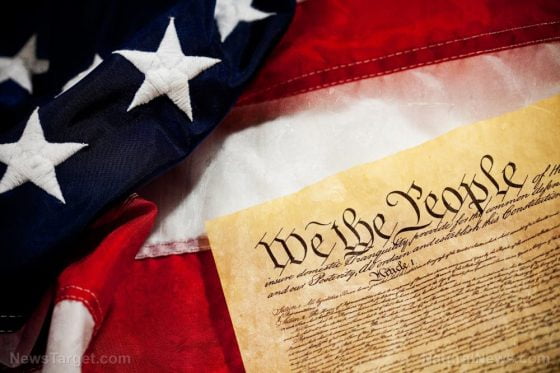 The entire “success” of Democrats depends on keeping the American people wildly ignorant of reality, facts, history, and even current events.

The few times in our history when Congress has either voted to impeach a president or considered returning articles of impeachment, the process was handled very publicly.

Hearings were not held in secret. Testimony was not taken behind closed doors. Witnesses and evidence were presented out in the open so the American people, through various media of the day, were well aware of what was happening.

The reasons for the openness should be obvious, but alas, they are not for far too many Americans.

First of all, allowing someone accused of criminal activity to face his or her accuser is a fundamental legal principle of our founding.

Secondly, secret trials were banned hundreds of years ago because they are the legal instruments of tyrants: Kings and dictators holding secret proceedings can present phony “evidence” in order to achieve convictions.

Third, the accused are permitted legal representation of their own so they can challenge the prosecution’s witnesses and alleged “evidence.”

None of these founding principles are being applied to the current “impeachment inquiry” involving President Donald Trump.

Democrats, led by Rep. Adam Schiff of California, are holding the inquiry behind closed doors. They are bringing in ‘witnesses’ whose testimony is being sequestered — even as Schiff has been accused of leaking the contents of some witness testimony completely out of context.

Also, no one on the president’s legal team has been able to question any of the witnesses Democrats have called in to testify. So he doesn’t know what’s being said — other than what Schiff is leaking to the “mainstream media,” which is dutifully reporting what they’ve been provided, sans corroboration.

It’s the most un-American legal process one could ever have envisioned. Worse, this is supposedly involving an impeachment process — one that, theoretically, could involve the removal of a duly elected president 63 million Americans voted for. (Related: “Ukraine” whistleblower suddenly not going to testify before Adam Schiff’s secret committee — so what’s the “impeachment inquiry” really for?)

In short, nothing about this process should be held in secret. Communist countries and others who are run by dictators have secret ‘legal’ proceedings, but clearly none that would involve the leader of the country.

Democracies don’t operate that way and our unique American republic was never supposed to operate in the dark.

Granted, if the Democrat-controlled House ever does return actual articles of impeachment against President Trump, that will be conducted in the open. But knowing how secretive Democrats have been thus far, it’s a safe bet they’ll attempt to present as “evidence” the “testimony” of so-called “witnesses” who, thus far, have only appeared behind closed doors.

It’s been said that ‘impeachable offenses’ are whatever the House of Representatives say they are in order to satisfy the Constitution’s “high crimes and misdemeanors” impeachment requirement. But clearly the processes employed against Trump are partisan in nature and not based on any semblance of historical precedent.

As Americans, we can’t allow this process to be warped — by one political party and the media. The future of our country is far too important.

“President Trump is a disruptor. That makes some people very happy, and it makes some people very mad,” former UN Ambassador Nikki Haley said during a Friday speech at the American Enterprise Institute. “But if we are a country that lives by the rule of law, we must all accept that we have one president at a time, and that president attained his office by the choice of the American people.

She’s exactly right. Nothing is worth losing our country. As long as we continue to have unimpeded free elections, there is always a chance to fix things.