Elon Musk: Humans Must Colonize Mars To Survive WW3 But AI Is More Dangerous Than Nukes 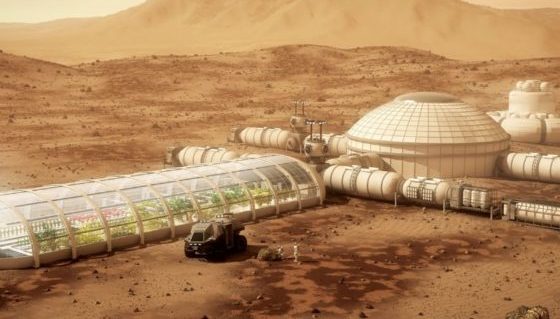 Elon Musk, the founder of Space X, says humanity must colonize Mars so that our survival is insured after the onslaught of a third world war. Amid rising nuclear tension, humans must make the colonization of Mars a priority, says Musk.

According to The Guardian, Musk believes getting to the Red Planet should be at the top of humanity’s to do list. “If there’s a third world war we want to make sure there’s enough of a seed of human civilization somewhere else to bring it back and shorten the length of the dark ages,” Musk said, responding to questions from his friend Jonah Nolan, co-creator of TV show Westworld. “It’s important to get a self-sustaining base on Mars because it’s far enough away from Earth that [in the event of a war] it’s more likely to survive than a moon base,” Musk said on stage at SXSW, just days after Donald Trump announced plans to meet the North Korean dictator, Kim Jong-un, in an attempt to defuse rising nuclear tension.

Space X is currently working on a vehicle that will take humans to Mars in a 100-meter ship codenamed the BFR (Big F**king Rocket). But building a colony would require “tremendous entrepreneurial resources”, Musk said.  He also suggested that Mars may be an “escape hatch for rich people.”He said, “It will be like Shackleton’s ad for Antarctic explorers: ‘Difficult, dangerous, a good chance you’ll die, excitement for those who survive.’ That kind of thing.”

He also said those risks may outweigh the rewards. “There’s not many people who will want to go in the beginning,” he said, adding that over time the Red Planet colony would be hospitable and have “great bars. The Mars Bar! I love dad jokes, I’m a dad!”

The BFR will fly for the first time in the first half of 2019, Musk said, acknowledging that his “timelines historically have been optimistic”.  Musk said he initially gave SpaceX and Tesla an estimated likelihood of success of just 10 %. “I wouldn’t let my friends invest because I didn’t want them to lose their money,” he said of SpaceX. Instead, he funneled his own money, from the sale of PayPal, into the businesses. “SpaceX is alive by the skin of its teeth. So is Tesla. If things had gone a little bit the other way, both companies would be dead.”

But Musk also had a warning for humanity. “Mark my words,” he said, “AI is much more dangerous than nukes.”