Election Results: “What’s Going To Change Is Only Who Is Going To Screw You — Not Whether You’ll Get Screwed” 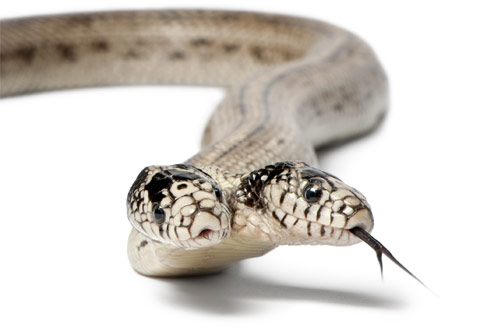 Widespread victories for the Republican Party in the 2014 mid-term elections have given many Americans hope that the country might finally have a chance for getting back on track.

But are the Republicans going to be any better than the Democrats? As Karl Denninger of The Market Ticker highlights in the commentary below, with conrol of the House of Representatives they have had a chance to shutdown Obamacare for nearly two years, yet it seems that despite all the rhetoric from the right no one has been willing to actually get anything done.

So what should we expect for the next two years under a lame-duck Obama Presidency? Will a majority Republican Congress act to begin the process of repealing Obamacare? Will they de-militarize domestic law enforcement agencies? Will they shut down NSA spying programs? Will they cut spending, lower taxes and remove legislation that restricts small business growth and job creation? Will they open their doors and make good on their promises of transparency in government?

One can hope. But let’s be honest, we all know the answers to these questions:

So last night the Democrats lost the Senate — and more seats in the House.

We now have a House and Senate in Republican hands opposing a Democrat President.  This afternoon Obama will come on TV to whine cry moan threaten talk to the American people about the change in the political landscape.

It will be interesting to see what he says, given that the voters have given a big fat middle finger to his political fantasies.

Back to the Federal side.

There is much glee on the Senate gavel being sent over this morning I’m sure.  There will also be myriad spilled electronic (and print) ink on the “mandate” with regard to Obamacare repeal and similar.

Folks, keep one thing in mind, as I noted on WBAL yesterday — Obamacare could have been destroyed “at will” by the Republicans at any time since all spending must originate in the House.  As a result since the Republicans have held the House since the first midterm of Obama’s Presidency they could have at any time stopped it by refusing to pass the appropriation necessary to fund it.  They could have also cut off the runaway spending and thus the deficit at any time via exactly the same means, never mind the 2011 debt ceiling “fight” when an immediate and permanent end to deficit spending, and the destruction of your purchasing power that it causes, could have occurred simply by the Republicans refusing to pass a bill — that is, refusing to act instead of acting.

There was utterly nothing that Obama or the Democrats could have done about either, and Boehner, along with the Republicans, proved beyond rebuttal that they didn’t give a damn about either at that point as well.

You’re about to be lied to again about the “change” that will “come” to America.  What’s going to change is only who is going to screw you — not whether you’ll get screwed, and it will still come without warning or lube just as it did yesterday.

Now be a good serf and find a new stick for your teeth so you don’t bite your tongue off; the old one is dangerously compromised from all the abuse it’s taken over the previous six years.

Full Commentary at The Market Ticker

The American people have been impoverished under both Parties over the last several decades; arguably since even 1913 when a private organization took control of our currency. What has changed that will make this time different?

Perhaps the only thing we can hope for is that the velocity at which we are being robbed and our Constitution dismantled will be slower than what’s it’s been over the last six years. But, even that may be pushing it.