Economy Expert: ‘Economic Ponzi Scheme Will Cause The Next Market Crash’ 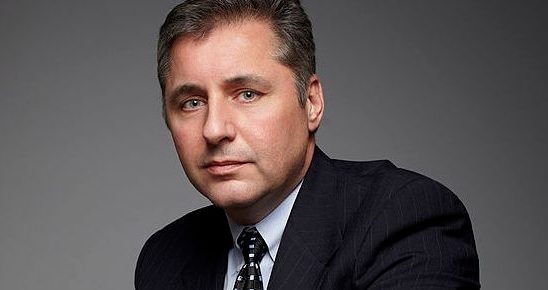 Dr. John Hussman, whose Ph.D. is in economics, says that the economic Ponzi scheme we are forced to live under will be the cause of the next market crash. Our “dysfunctional economic system provides the illusion of prosperity for some segments of the economy,” Hussman wrote.

In one, consumers work for employers to produce products and services. The employees are paid wages and salaries, and business owners earn profits. They use much of that income to purchase the goods and services produced by the economy. They save the remainder. A certain portion of the output represents “investment” goods, which are not consumed, and the portion of income not used for consumption – what we call “saving” – is used to directly or indirectly purchase those investment goods.

There may be some goods that are produced and are not purchased, in which case they become unintended “inventory investment,” but in a general sense, this first economic system is a well-functioning illustration of what we call “circular flow” or “general equilibrium.” As is always the case in the end, income equals expenditure, savings equal investment, and output is absorbed either as consumption or investment.

The second economic systemis dysfunctional. Consumers work for employers to produce goods and services, but because of past labor market slack, weak bargaining power, and other factors, they are paid meaningfully less than they actually need to meet their consumption plans. The government also runs massive deficits, partly to supplement the income and medical needs of the public, partly to purchase goods and services from corporations, and partly to directly benefit corporations by cutting taxes on profits (despite being the only country in the OECD where corporations pay no value-added tax).

Meanwhile, lopsided corporate profits generate a great deal of saving for individuals at high incomes, who use these savings to finance government and household deficits through loans. This creation of new debt is required so the economy’s output can actually be absorbed. Businesses also use much of their profits to repurchase their own shares, and engage in what amounts, in aggregate, to a massive debt-for-equity swap with public shareholders: through a series of transactions, corporations issue debt to buy back their shares, and investors use the proceeds from selling those shares, directly or indirectly, but by necessity in equilibrium, to purchase the newly issued corporate debt. -Dr. John Hussman, Hussman Finds, via Seeking Aplha

The first economic system is self-sustaining, and the second is a Ponzi scheme, says Hussman.  And much like the social security Ponzi scheme, we are all forced to participate whether we want to or not. The operation of our current economic system relies on the constant creation of low-grade debt in order to finance consumption and income shortfalls among some members of the economy, using the massive surpluses earned by other members of the economy. “Notably, since securities are assets to the holder and liabilities to the issuer, the growing mountain of debt does not represent “wealth” in aggregate. Rather, securities are the evidence of claims and obligations between different individuals in society, created each time funds are intermediated,” wrote Hussman.

Hussman also says we are finding ourselves on the precipice of another market collapse yet again, and the Ponzi scheme is to blame. In the end, the underlying instability will be expressed in the form of mass defaults, which effectively re-align the enormous volume of debt with the ability to service those obligations over the long-term; as is always the case.

But human beings are not the best at remembering history and often forget economic hardships.

In prior market cycles across history, there was always a point when enough was enough. Specifically, extreme syndromes of “overvalued, overbought, overbullish” market action were regularly followed, in short order, by air-pockets, panics, or outright collapses. In the face of the Federal Reserve’s zero interest rate experiment, investors continued to speculate well after those extremes repeatedly emerged. This half-cycle was different in that there was no definable limit to the speculation of investors. One had to wait until market internals deteriorated explicitly, indicating a shift in investor psychology from speculation to risk-aversion, before adopting a negative market outlook. -Dr. John Hussman, Hussman Finds, via Seeking Aplha

“Understand that point, or nearly two-thirds of your paper wealth in stocks, by our estimates, will likely be wiped out over the completion of this market cycle,” wrote Hussman.