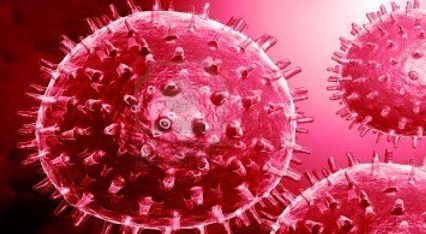 The economic impact of the coronavirus is beginning to be felt in large sectors of the economy.  With the interconnectedness of economics spanning the globe, it could be a matter of days before the United States feels some economic distress.

Already, face masks are selling out everywhere and the virus is spreading rapidly.  When it spreads this quickly and infects so many, it doesn’t need to be as deadly to cause a problem. And the auto industry is feeling it.

IHS Markit expects a loss of at least 350,000 units of vehicle production due to the coronavirus shutting plants down until February 10, according to a report by CNBC News.

As of right now, at least 24 provinces, municipalities and other regions in China have told businesses not to resume work before February 10. If the plants remain closed until mid-March, the firm forecasts lost production of more than 1.7 million units.

The outbreak doesn’t seem to be letting up either.  The spread is rapid and the worsening virus outbreak that has already claimed more than 427 lives, is much more easily transmitted than previously thought. The higher the rate of infection, the more deaths. At the time of this writing, Chinese officials have reported a total of 20,438 confirmed cases of infection an increase of 3,235 from Monday. That is the biggest daily jump since the National Health Commission began releasing statistics on this outbreak.

If the plants remain closed until mid-March, as some industry analysts have speculated, IHS forecasts lost production of more than 1.7 million units for the first quarter. That’s a roughly 32.3% decline from its initial expectations before the first patient was discovered in Wuhan, China, in the Hubei province on December 31.

“In this scenario, we might expect the potential of a China-wide supply chain disruption caused by parts shortages from Hubei, a major component hub — and adjacent province closures for the majority of the month of February as a result,” the company said in a Friday release. –CNBC News.

Coronavirus Is Already Impacting Global Supply Chains, It Could Get MUCH WORSE

Employees with Ford Motor and Fiat Chrysler who are able to do so are working from home this week, while production at both automakers’ plants is scheduled to remain closed until at least next week, the companies confirmed to CNBC. The Chinese government has mandated these plants shut down in order to attempt to contain the spread of the virus.  It appears, so far, to be largely ineffective.