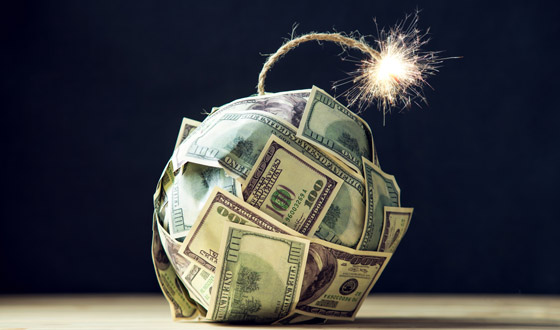 On the heels of weakening confidence from new home builders, comes the lack of confidence from small business owners. This is the fourth consecutive month that the outlook on business conditions fell and confidence is now at its lowest point since 2016.

According to the National Federation of Independent Business (NFIB), the conservative-leaning small-business lobby said its optimism index fell to 104.4 in December from November’s 104.8 reading. Economists had expected a December reading of 103, according to a Wall Street Journal survey as reported by the outlet.

The NFIB survey is a monthly snapshot of small businesses in the U.S. and accounts for about half of all private-sector jobs. And this is not the only segment losing confidence in the economy.

A lack of confidence signals a sign of a weakening economy with growth concerns and a slowdown in the markets. The NFIB’s December survey results showed fewer respondents from a month earlier. But many thought now was a good time to expand their operations, as several of them cited economic conditions and the political climate.

“Over the past few months, owners’ expectations for the future have tempered, while reporting continued solid economic activity,” the NFIB said in its report, based on responses from 621 small-business owners. “The Index remains at historically high levels but can’t be expected to improve every month.”

Consumer confidence and spending rose, however, despite an economic slowdown. Another key indicator economists use to gauge domestic consumer spending is the University of Michigan’s index of consumer sentiment. That rose in December as confidence in job and wage prospects appeared to outweigh worries about financial markets.  But likely, much of the spending was debt, as Americans have reached a historically high level of consumer debt.

The debt bubble is likely the reason for continued increases in consumer spending, but it will also add unnecessary pain to those who continue to borrow when the “everything” bubble finally pops.