Econ Professor: “The Growing Risk of a 2020 Recession” Could Be Triggered By “Shock To Markets” 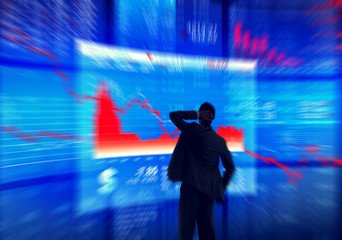 An economics professor at NYU and perhaps the media’s favorite permabear, Nouriel Roubini, is now saying that the world “has an even bigger problem on its hands.” Roubini says that a 2020 recession could likely be triggered by a “shock to the markets.”

The Federal Reserve is once again going dovish on the economy too.  The central bank has signaled that there could be another rate cut as early as July and according to Market Watch, 40% of economists are expecting the Fed to cut interest rates again.

While most believe the central banks won’t be able to do anything about the next recession, Roubini says the recession will be global even if the Fed takes on their economic manipulation scheme to prevent it.  “A severe enough shock could usher in a global recession, even if central banks respond rapidly,” the economics professor declared. But what kind of “shock” should we expect?

“U.S. equity markets have remained frothy since our initial commentary,” he wrote. “There are added risks associated with the rise of newer forms of debt, including in many emerging markets, where much borrowing is denominated in foreign currencies.” Last year, he warned of 10 potential downside risks that could lead to a global recession next year. A friendlier Fed, he says, removes one of them, but the others are still firmly in play and have emerged as more dangerous than before. Central banks and international institutions like the IMF have overstepped their traditional mandates by directing the flow of epic sums of fabricated money without any checks or balances.  Nomi Prins discusses how the central banks and elitists have manipulated the economy in their favor in the book Collusion: How Central Bankers Rigged The World.

And a “friendlier Fed” won’t help us.  All central banks rig the economy as they see fit and while they may seek to avoid all-out recession because their entire system could crumble and the dollar could collapse if they mess around with it too much, they don’t care about anyone but themselves and their own power. The source of all their power is the ability to manipulate the debt-based monetary system in their favor and once that’s gone, they’ll be stuck like the rest of us.

Roubini says that another risk to the global economy is the tensions between China and the U.S. The trade war’s devastation is already thrashing the middle-class American’s buying power and shoving the responsibility onto the backs of those who can least afford it. The trade war “deserves special attention,” Roubini added, particularly if it results in China retaliating by closing its market to U.S.-based multinationals like Apple.

“Under such a scenario, the shock to markets around the world would be sufficient to bring on a global crisis, regardless of what the major central banks do,” Roubini warned. “And given the scale of private and public debt, another financial crisis would likely follow from that.” We suspect that the added crisis will be the collapse of the U.S. dollar under the weight of the government’s debt and the massive decrease in our standard of living because of it.

Donald Trump has also taken to warning investors as a ploy to get votes. Over the weekend, Trump threatened voters and those with economic concerns that they’d better vote for him or the markets will crash. “If anyone but me takes over in 2020 … there will be a Market Crash the likes of which has not been seen before!” he wrote. The assumption being that the rally we’ve seen is solely thanks to his work in the White House – which it is not.  Corporate buybacks and the Fed’s money printing schemes are propping up the markets right now.

Unfortunately, we will have to live through another manufactured economic crash because people still believe in central banks and the corporate government, even though neither has done little more than destroy humanity.