Ecological Armageddon: “We Are Destroying Our Life Support Systems!” 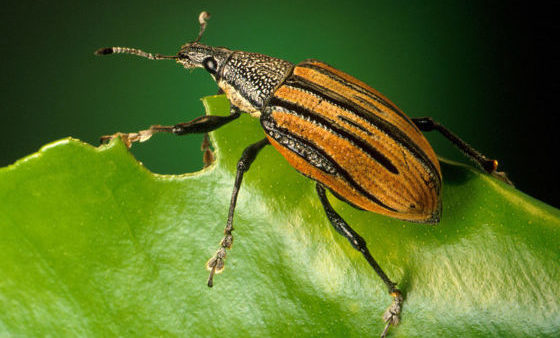 The insect population on Earth is dwindling, causing scientists to wonder what that means for all life on Earth.  The Earth’s bugs outweigh humans 17 times over and are such a fundamental foundation of the food chain that scientists say a crash in insect numbers risks “ecological Armageddon.”

Scientist Brad Lister returned to Puerto Rican rainforest after 35 years to find 98% of ground insects had vanished, according to a report by The Guardian. After Lister published his study in October of last year, one expert called the findings “hyper-alarming” while others believe this is the beginning of the ultimate destruction of our life support systems on Earth.

Lister’s return to the Luquillo rainforest in Puerto Rico after 35 years was telling. The insect population that once provided plentiful food for birds throughout the mountainous national park had collapsed. On the ground, 98% had gone. Up in the leafy canopy, 80% had vanished, according to the report.  “It was a true collapse of the insect populations in that rainforest,” he said. “We began to realize this is terrible – a very, very disturbing result.”

“We knew that something was amiss in the first couple days,” said Lister. “It was just astonishing. Before, both the sticky ground plates and canopy plates would be covered with insects. You’d be there for hours picking them off the plates at night. But now the plates would come down after 12 hours in the tropical forest with a couple of lonely insects trapped or none at all.”

The Puerto Rico work is one of just a handful of studies assessing this vital issue, but those that do exist are deeply worrying. Flying insect numbers in Germany’s natural reserves have plunged 75% in just 25 years. The virtual disappearance of birds in an Australian eucalyptus forest was blamed on a lack of insects caused by drought and heat. Lister and his colleague Andrés García also found that insect numbers in a dry forest in Mexico had fallen 80% since the 1980s. –The Guardian

“We are essentially destroying the very life support systems that allow us to sustain our existence on the planet, along with all the other life on the planet,” Lister said. “It is just horrifying to watch us decimate the natural world like this.”