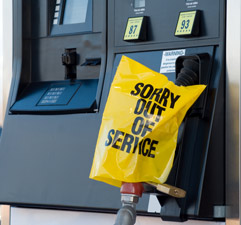 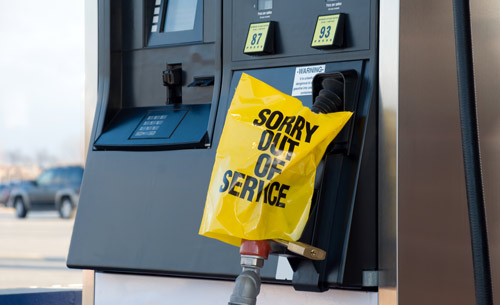 A massive pipeline leak in Alabama is threatening widespread gas shortages and significant price hikes on the East Coast of the United States. Though the leak reportedly poses no danger to the public, officials say it stands to affect drivers all along the I-95 corridor from Florida to Maine.

According to reports, the leak will likely start affecting drivers in the nearby states of Georgia, Tennessee, North Carolina and South Carolina within a matter of hours and may spread in coming days. Colonial Pipeline Co., which transports some 40% of the gas along the I-95 corridor says at least 250,000 gallons of gasoline have already been lost.

Senior petroleum analyst Patrick DeHaan warned that some stations may run out as primary gasoline transportation shipping routes along the East coast have been temporarily closed.

The major pipeline, one pipe of which has been severed, provides gasoline for an estimated 50 million people on the East Coast each day, according to company estimates. The cause of the leak has yet to be determined, according to the company’s most recent statement.

The pipeline’s operator has said full service will not be restored until at least next week. The closure has set off an industry-wide scramble as suppliers seek alternative ways to transport gasoline to the East Coast.

Not every station will be able to get the gasoline it needs, he said.

“You’re going to see some places without gasoline,” he said. “It’s like a mini-hurricane.”

The pipeline operator said that based on its current projections, parts of Georgia, Alabama, Tennessee, North Carolina and South Carolina will be the first markets to suffer potential supply disruptions.

The governors of Alabama and Georgia have already declared states of emergency.

If you live in any of the aforementioned states then you may want to head to your local gas station and fill up the tanks. Though any shortages will be temporary, not being able to get gas for several days or a week could prove troublesome to the 50 million residents served by the Colonial pipeline. The shortage may also impact grocery store deliveries, so if you have any essential items you absolutely must have it may be a good idea to pick those up before trucks stop delivering.

The declared states of emergency highlight the fragility of just-in-time delivery systems that include critical goods like gasoline, food and medicine. As we’ve previously noted, even a small emergency could wreak havoc on a local, state or nationwide basis with immediate and catastrophic consequences for the populace.

Also See: A Step-By-Step Guide To Prepare For Any Disaster