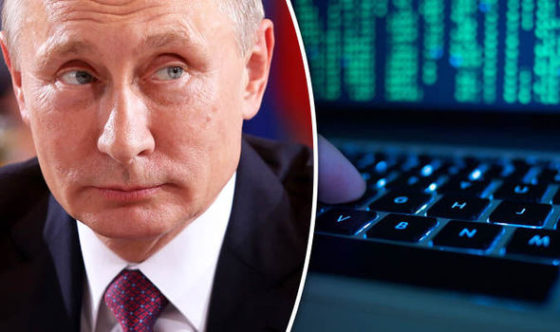 The Dutch government has accused Russia’s military intelligence agency of mounting a cyber attack against the world’s chemical weapons watchdog. According to Dutch officials, the GRU is guilty of targeting the Organization for the Prohibition of Chemical Weapons, through a foiled cyber operation.

According to WTHI-TV10, the choreographed announcements by Western allies, expected to be followed later by the United States, amounted to a significant escalation of tensions with Moscow. The GRU has been implicated in many recent cyber attacks. Just hours earlier, Britain, backed by close intelligence allies Australia and New Zealand, pointed the finger at the GRU for carrying out a worldwide campaign of “malicious” cyber attacks, including the hacking of the U.S. Democratic National Committee (DNC) in 2016.

It certainly appears that nations across the globe are rallying for a war with Russia. The choreographed announcements of Russian wrongdoing never really come with any real evidence, just statements by the political elite that the public is expected to accept as gospel truth. Does that mean Russia didn’t try to cyber attack the chemical weapons watchdog? No. It just means there’s a substantial lack of evidence, much like in the “Russian election meddling scandal,” unless one is looking for evidence of Hillary Clinton’s collusion with Russia.

Dutch officials did give “unprecedented details” as they outlined the alleged Russian operation against the OPCW at a joint Dutch-United Kingdom government news conference in The Hague. The fightback undertaken by Western governments was an unprecedented and coordinated on Thursday against “brazen” attempts by Russia to meddle in international affairs, publicly unmasking alleged intelligence agents and blaming Moscow for a series of audacious cyber attacks.

Describing it as “very worrying,” Bijleveld-Schouten said four Russian military intelligence officers were expelled on April 13, the same day the plot was detected, according to  WTHI-TV10. They left belongings behind that also enabled the Dutch to discover that one of the agents’ laptops had made connections to Brazil, Switzerland, and Malaysia, trying to interfere with the investigation into the downing of Malaysia Airlines Flight 17 in eastern Ukraine in 2014, Bijleveld-Schouten said. The head of Dutch counter-intelligence, Major General Onno Eichelsheim, named the four alleged Russian officers as Aleksei Morenets and Evgenii Serebriakov (who had very similar passport numbers) he said, and Oleg Sotnikov and Alexey Minin.

According to the Guardian, Dutch officials also found taxi receipts from a GRU facility in Moscow to the airport and an antenna hidden under a coat, which British intelligence helped establish had been pointed at the OPCW in an attempt to intercept computer logins via the wifi network. Train tickets to Basel were also found, along with evidence of online searches for the Spiez lab, Switzerland’s Institute for nuclear, biological and chemical protection.

So, to break it down more simply, what the global elites want us to believe, is that very intelligent and skilled Russian hackers left behind the perfect amount of equipment enabling those globalists to figure out that the four were attempting to commit a cyber attack after being expelled. Again, that doesn’t mean Russia is innocent, just that the globalists are expecting the public to believe that experienced Russian hackers to be more stupid the average petty thief.

Russia rejected Britain’s claim that the GRU was behind a global campaign of cyber attacks in comments made before the joint Dutch-UK press conference. Maria Zakharova, who is the Russian Foreign Ministry spokesperson said the accusations were “fake” and an attempt to mix allegations of cyber hacking with a conspiracy against Russian sport.

The Kremlin has consistently dismissed official British allegations of poisonings in the past.