Dutch Government to Seize 600 Farms at Gunpoint, Claiming Nitrogen is a Pollutant

Another round of farmer protests could soon be on the way in The Netherlands following an announcement that as many as 600 farms throughout the country may get seized for “polluting” the environment with nitrogen. 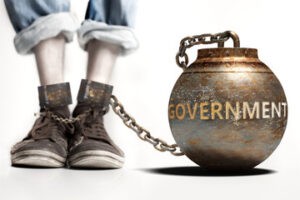 Former deputy prime minister Johan Remkes says he plans to follow the advice from the government’s mediator to meet the nitrogen demands of the European Union (EU), which wants to phase out the use of nitrogen, calling it a “pollutant.”

In response, Farmers Defence Force leader Mark Van den Oever says he and others will take to the streets in opposition to the new standards, which unfairly dubs nitrogen as something harmful when it is really just a common fertilizing agent that plants use to grow and thrive.

The Dutch government’s claim is that nitrogen is harming sensitive environmental areas located close to heavy nitrogen emitters. Those farms, officials say, must be relocated away from the protected locales.

Van den Oever argues that this claim is “completely wrong,” and that nitrogen was never considered a pollutant until very recently when suddenly it started taking the blame for “global warming.”

If Remkes continues with the EU scheme, Oever says the nation’s farmers will “give the old-fashioned gas again, count on that,” referring to the widespread movement of tractors throughout the European state.

Will Dutch farmers win the fight against “green” globalism?

Just about all the concerns of farmers amid this conflict have gone completely ignored, the Farmers Defence Force leader lamented. He claims the globalist government of Prime Minister Mark Rutte “imposes far too much on businesses.”

Attempts to force farmers to uproot their farms and relocate, if they can even find a place to relocate, is a “red line,” added organization spokesman Sieta van Keimpema.

Remkes, meanwhile, is defending his proposals – though he admits they come at a cost.

He says under the EU’s so-called “green” agenda, “the Netherlands will be locked up because it will be legally almost impossible to issue permits. Not for houses, not for farms, not for roads.”

“I write this with a heavy heart, but I see no other way,” Remkes said. “I don’t expect the agricultural sector will be happy with this report.”

Back in July, the Dutch farmer protests, as they were called, saw tractors converge on major cities throughout The Netherlands to make the voices of farmers heard. Many of them dumped manure in front of government buildings and along highways in protest of the anti-nitrogen agenda.

Rutte had announced at the time that by 2030, The Netherlands will see 50 percent fewer nitrogen emissions due to forced farm closures and relocations. This aligns with the EU’s Natura 2000 scheme, which requires all EU member-states to remove industry, including farming, from areas deemed to be of ecological importance.

Some farms would have to cut emissions by up to 95 percent in order to meet that standard, which would basically force them to close. As much as 30 percent of all livestock will also need to go, depriving the country of sustenance.

“All these policies are out of those institutions and they are being implemented in our country first, we are sort of the pilot country together with Canada for this agenda,” she said.

Vlaardingerbroek added that her government’s land seizure plans actually have more to do with setting up new housing for “migrants” than with saving the country from so-called “climate change.”

EDITOR’S NOTE: Remember, protests are nothing more than the slaves begging their masters not to steal from them or to harm them less. The masters don’t care. The real problem is that government is slavery and the belief that we need a master to survive is utterly ridiculous. The sooner we can figure this out, the sooner we can be out of this slave system constructed around us.