Dozens of Nations Deep in Debt: “Bankruptcy Of The Planet Accelerates” 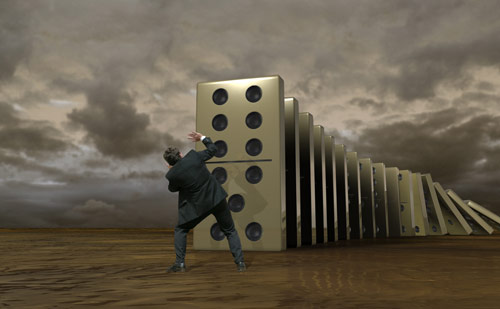 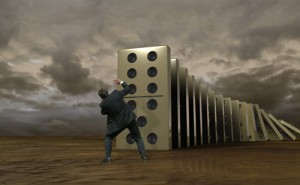 This article was written by Michael Snyder and published at his Economic Collapse blog.

Editor’s Comment: This debt is becoming contagion. With over $200 trillion in debt across the world, and countless countries, cities and states coming due on obligations they cannot pay, someone somewhere is paying up, while bankers call bets, and government after government prepares to default, and further subject themselves to control by bankers, unless someone takes a stand (think Iceland).

Meanwhile the people suffer, things grind to a halt in Greece and elsewhere, and things threaten to spread globally and create more pain, suffering and worry.

There has been so much attention on Greece in recent weeks, but the truth is that Greece represents only a very tiny fraction of an unprecedented global debt bomb which threatens to explode at any moment.  As you are about to see, there are 24 nations that are currently facing a full-blown debt crisis, and there are 14 more that are rapidly heading toward one.  Right now, the debt to GDP ratio for the entire planet is up to an all-time record high of 286 percent, and globally there is approximately 200 TRILLION dollars of debt on the books.  That breaks down to about $28,000 of debt for every man, woman and child on the entire planet.  And since close to half of the population of the world lives on less than 10 dollars a day, there is no way that all of this debt can ever be repaid.  The only “solution” under our current system is to kick the can down the road for as long as we can until this colossal debt pyramid finally collapses in upon itself.

As we are seeing in Greece, you can eventually accumulate so much debt that there is literally no way out.  The other European nations are attempting to find a way to give Greece a third bailout, but that is like paying one credit card with another credit card because virtually everyone in Europe is absolutely drowning in debt.

Even if some “permanent solution” could be crafted for Greece, that would only solve a very small fraction of the overall problem that we are facing.  The nations of the world have never been in this much debt before, and it gets worse with each passing day.

According to a new report from the Jubilee Debt Campaign, there are currently 24 countries in the world that are facing a full-blown debt crisis…

■ St Vincent and the Grenadines

So what should be done about this?

Should we have the “wealthy” countries bail all of them out?

Well, the truth is that the “wealthy” countries are some of the biggest debt offenders of all.  Just consider the United States.  Our national debt has more than doubled since 2007, and at this point it has gotten so large that it is mathematically impossible to pay it off.

Europe is in similar shape.  Members of the eurozone are trying to cobble together a “bailout package” for Greece, but the truth is that most of them will soon need bailouts too…

All of those countries will come knocking asking for help at some point. The fact is that their Debt to GDP levels have soared since the EU nearly collapsed in 2012.

Once all of these dominoes start falling, the consequences for our massively overleveraged global financial system will be absolutely catastrophic…

Spain has over $1.0 trillion in debt outstanding… and Italy has €2.6 trillion. These bonds are backstopping tens of trillions of Euros’ worth of derivatives trades. A haircut or debt forgiveness for them would trigger systemic failure in Europe.

EU banks as a whole are leveraged at 26-to-1. At these leverage levels, even a 4% drop in asset prices wipes out ALL of your capital. And any haircut of Greek, Spanish, Italian and French debt would be a lot more than 4%.

Things in Asia look quite ominous as well.

According to Bloomberg, debt levels in China have risen to levels never recorded before…

While China’s economic expansion beat analysts’ forecasts in the second quarter, the country’s debt levels increased at an even faster pace.

Outstanding loans for companies and households stood at a record207 percent of gross domestic product at the end of June, up from 125 percent in 2008, data compiled by Bloomberg show.

And remember, that doesn’t even include government debt.  When you throw all forms of debt into the mix, the overall debt to GDP number for China is rapidly approaching 300 percent.

In Japan, things are even worse.  The government debt to GDP ratio in Japan is now up to an astounding 230 percent.  That number has gotten so high that it is hard to believe that it could possibly be true.  At some point an implosion is coming in Japan which is going to shock the world.

Of course the same thing could be said about the entire planet.  Yes, national governments and central banks have been attempting to kick the can down the road for as long as possible, but everyone knows that this is not going to end well.

And when things do really start falling apart, it will be unlike anything that we have ever seen before.  Just consider what Egon von Greyerz recently told King World News…

Eric, there are now more problem areas in the world, rather than stable situations. No major nation in the West can repay its debts. The same is true for Japan and most of the emerging markets. Europe is a failed experiment for socialism and deficit spending. China is a massive bubble, in terms of its stock markets, property markets and shadow banking system. Japan is also a basket case and the U.S. is the most indebted country in the world and has lived above its means for over 50 years.

So we will see twin $200 trillion debt and $1.5 quadrillion derivatives implosions. That will lead to the most historic wealth destruction ever in global stock, with bond and property markets declining at least 75 – 95 percent. World trade will also contract dramatically and we will see massive hardship across the globe.

So what do you think is coming, and how bad will things ultimately get once this global debt crisis finally spins totally out of control?