Don’t Ask ‘Who Will Build the Roads?’ Ask ‘Do We Even Want Roads?’ 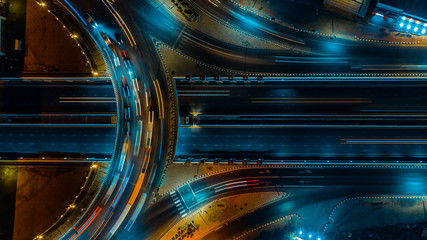 This article was originally published by Thomas Walker-Werth at The Foundation for Economic Education.

What unseen effects did the “small present good” of a $558 billion highway network mask? When defenders of liberty argue that governments shouldn’t tax their citizens, a common reply is, “In that case, who will build the roads?”

There are plenty of good answers to that, explaining the various ways in which private industry might provide a better road network than governments do if left free. But there’s a question that often goes unasked: “Do we even want roads?”The Interstate Highway System cost $558 billion to construct (in 2021 dollars). Proponents claim it boosted the economy through faster transportation, and increased house prices and job creation. But, as I explain in my recent Substack article, it also had hugely negative effects, including the destruction of the railroad industry, the demolition of vast amounts of homes and other property, and the decimation of inner-city economies.

But these are only the visible consequences. There are also unseen effects to consider. In the words of Frédéric Bastiat (1801-1850) in his famous work That Which is Seen, and That Which is Not Seen:

In the department of economy, an act, a habit, an institution, a law, gives birth not only to an effect, but to a series of effects. Of these effects, the first only is immediate; it manifests itself simultaneously with its cause—it is seen. The others unfold in succession—they are not seen. . . . It almost always happens that when the immediate consequence is favorable, the ultimate consequences are fatal, and the converse. Hence it follows that the bad economist pursues a small present good, which will be followed by a great evil to come, while the true economist pursues a great good to come—at the risk of a small present evil.

What unseen effects did the “small present good” of a new road network mask? For one thing, there are all the lost innovations in transportation that might have happened had government roads not made driving between cities so easy. For example, prior to the explosion of government roadbuilding, railroads had been improving their passenger services to attract passengers and compete with cars and airplanes. But, after the Second World War, their passenger numbers crashed as new, free-to-use roads sprung up everywhere. Railroad passenger numbers declined from 770 million to 220 million between 1946 and 1964 (government-built airports also contributed). Imagine the kind of high-speed trains and luxury travel America might have today if that hadn’t happened.

Another lost innovation is local aviation. With roads only going where it made economic sense to build them, airlines and aircraft manufacturers might have had the incentive to develop small, vertical-take-off planes that could connect provincial towns and villages to nearby cities, directly into downtown. Airlines could also use these aircraft to provide connections from city centers directly to the tarmac at their airports, making flying long-distance much easier.

Further, experimental technologies such as magnetic levitation trains, monorails, hovercraft, or autogyros might have become much more commonplace. For the “small present good” of the Interstate Highway System, America lost the “great good to come” of untold wealth of innovations in transportation.

Another unseen effect is the lost opportunity for people and businesses to spend the money the government spent on those roads on something else. This money was taken from people and businesses through force via taxation. Without that, even if it wasn’t spent on other kinds of transportation, the money would have driven more economic growth, further enriching the potential innovations in technology and quality of living we might have seen. Maybe someone would have invented a new means of generating or storing power had they had that money and the commercial incentive to make a product with it. Someone else might have developed a new treatment for a major disease, saving lives and making it so there were even more productive people around to create more new things. Ultimately, transportation and daily life could have benefited in ways barely imaginable today.

Moreover, it’s not simply a question of the government using money that might otherwise have been used differently. It’s also a question of how well that money was used—how well the resulting product reflected what people actually needed. The planners of the Interstates and their urban equivalents (such as Robert Moses) didn’t need to—and indeed were unable to—balance the value of their proposals against economic indicators of whether there was sufficient demand on a particular route to justify a new road, given the existing roads, railroads, or air services, and such barriers as topography or people’s homes and property. As Ludwig Von Mises explains in Liberalism: A Socio-Economic Exposition:

For the construction of a railroad from A to B, several routes are conceivable. Let us suppose that a mountain stands between A and B. The railroads can be made to run over the mountain, around the mountain, or, by way of a tunnel, through the mountain. In a capitalist society, it is a very easy matter to compute which line will prove the most profitable. One ascertains the cost involved in constructing each of the three lines and the differences in operating costs necessarily incurred by the anticipated traffic of each. From these quantities, it is not difficult to determine which stretch of road will be the most profitable. A [centrally planned] society could not make such calculations. For it would have no possible way of reducing to a uniform standard of measurement all the heterogeneous quantities and qualities of goods and services that here come into consideration.

These planners got funding for their roads based on the government’s decision that those roads were needed. They were not responding to market demand, but to the designs of a central planner or committee. If roadbuilding had been left to private interests, not only might the roads that were built have been better suited to people’s actual needs (and have avoided bulldozing vast areas of poor, inner-city communities), but they also wouldn’t have been built at all where there was no financial case for them. Instead, the market would have encouraged innovation to find alternative solutions for these situations. We can guess at some of the forms this may have taken, from high-speed trains to helicopter shuttles. But there are others we can barely conceive because we were denied the chance to ever see them.