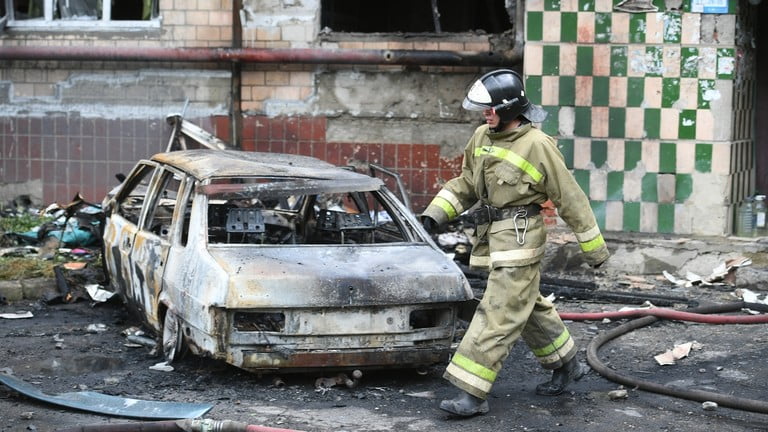 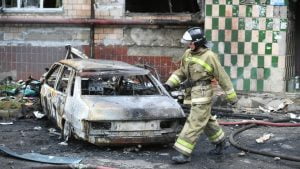 The Donetsk People’s Republic has said that Ukraine has “crossed all lines” and requested additional forces from Russia amid the Ukrainian shelling of residential areas. The DPR said that Donetsk has been under heavy shelling by Kiev.

“The enemy has literally crossed all lines. Prohibited methods of warfare are being used. The residential areas and the central districts of the city of Donetsk are under artillery shelling, other cities and towns of the DPR are also under fire,” Denis Pushilin, the head of DPR stated according to a report by RT.

“An understanding was reached that all the necessary additional forces of the allied troops, primarily of Russia, will be deployed,” he said.

Donetsk, as well as other locations across the DPR, have been subjected to heavy rocket and artillery attacks by the Ukrainian military over the past few days. The shelling became particularly strong on Monday, with dozens of incidents registered by local authorities across the city. –RT

There have been other reports of Ukraine shelling a maternity hospital in Donetsk as well.

Ukrainian forces have subjected residential areas of Donetsk – as well as other locations across the DPR – to rocket and conventional artillery shelling over the past few days. The Monday shelling turned out to be particularly heavy, with local rulers and correspondents on the ground reporting dozens of hits across the city.

Since “invading” Ukraine, the Kremlin has demanded that Ukraine officially declare itself a neutral country that will never join the US-led NATO military bloc. Kiev insists that the Russian offensive was completely unprovoked and has denied claims it was planning to retake the two republics by force, even though there are reports of heavy shelling in at least one of the republics.