Do you really think they’re there to represent you? 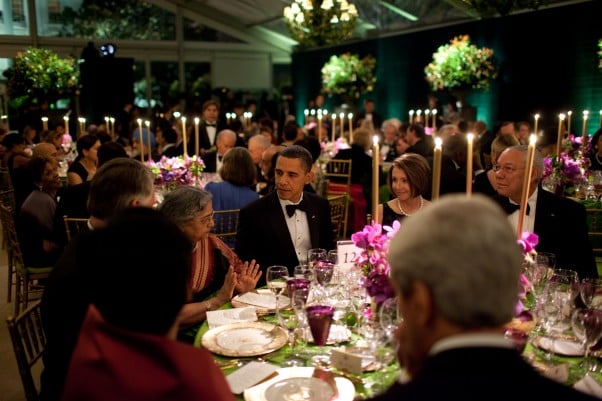 50 million of our fellow countrymen starve and depend on paltry government distributions to put food on the table every month. Millions have lost their homes and their jobs. And future generations are saddled with trillions of dollars in debt that can never be repaid.

All the while, those who are supposed to serve the people have only one goal: to enrich themselves and raise their elite status.

While the majority of America drinks Kool-Aid, they drink $500 bottles of wine. And, all of it is achieved at our expense.

47% of our Congress members are millionaires. The craziest part is, they tend to get richer in office. And, that is no coincidence.

They get richer in many unsavory ways.

One [way] is by using private information they obtain in office to make trades in the stock market. And, although they’re not supposed to do that, it’s pretty obvious that they do… Right before the stock market crashed in 2008, many of them invested in instruments that went up in value because the market went down.

…Then, there are earmarks, where Congress people secure federal money, as in your tax dollars, for projects that will benefit them directly. Take Nancy Pelosi. she owns an office building in San Francisco. She secured about $900 million in federal earmarks to build a light rail system that would, surprisingly, stop right by her own building. Once the project is completed, the value of her building could skyrocket 150%.

… Then there’s the revolving door, where members of Congress agree to do the bidding of lobbyists and corporations while they’re in office. In exchange, they get big fat salaries at jobs when they get out of Congress.

79% of members  of Congress who have left office since 1998 have gone to work as lobbyists.

The bottom line is, Americans, almost half of your Congress people are millionaires and many of them got that rich by using their powers in office.

Do you really think they’re there to represent you? Or to gain wealth for themselves?