Do Our Elections Even Matter?: Study Finds There Are 3.5 Million More Registered Voters In U.S. Than Eligible Voters 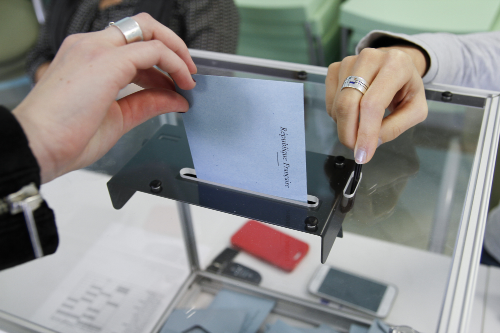 All Americans need to ask themselves a very important question. Who really runs this country? Supposedly the answer is us, which is what we’ve been told our entire lives. But that’s becoming increasingly hard to believe as time goes on. How can ordinary law abiding Americans be running this show, if our elections appear to be a total sham? We live in a country where the voter rolls seem to be stacked with illegal immigrants and dead people, and our voting machines are shockingly easy to hack. And not only that, but states like California have hundreds of thousands more registered voters than eligible voters.

It’s not just California that has this problem either. According to Judicial Watch, there are hundreds of counties across the country, run by both Democrats and Republicans, which have failed remove millions of “ghost” voters from the registration rolls.

Some 3.5 million more people are registered to vote in the U.S. than are alive among America’s adult citizens. Such staggering inaccuracy is an engraved invitation to voter fraud.

My tabulation of Judicial Watch’s state-by-state results yielded 462 counties where the registration rate exceeded 100 percent. There were 3,551,760 more people registered to vote than adult U.S. citizens who inhabit these counties.

Though California appears to be the most egregious example by containing roughly half of these ghost voters, the other half are shared by dozens of states. And many of these states were won by either Hillary or Trump in the last election, by a margin that is less than the number of ghost voters on the registration rolls.

We’ll probably never know if the elections in these states were rigged, but one thing is absolutely clear. At this point, election results shouldn’t be taken at face value ever again. Whoever is running our country and determining which politicians win elections, it sure doesn’t look like its you or me.