Did A Novelist From The 1800s Warn Us In Advance That Donald Trump Would Be ‘The Last President’? 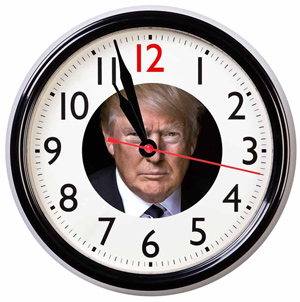 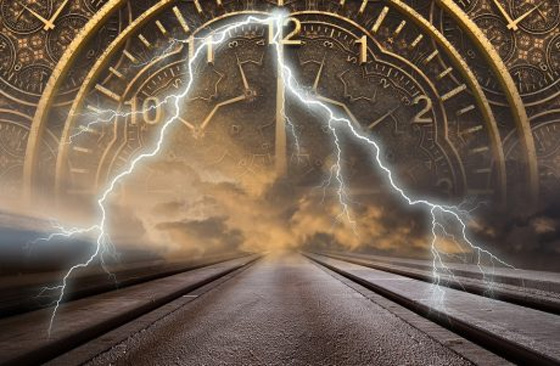 I am about to share with you one of the strangest things that I have come across in a very long time.  In the late 1800s, author Ingersoll Lockwood wrote a series of novels which appear to have striking parallels to events happening today.  In his first two novels, The Travels and Adventures of Little Baron Trump and His Wonderful Dog Bulgar and Baron Trump’s Marvelous Underground Journey, an extremely wealthy little boy with “a very active brain” named Baron Trump is guided on a series of extraordinary adventures by a man known as “Don”.  And if you can believe it, little Baron Trump’s adventures actually begin in Russia…

For starters, the main character’s name is the same as President Donald Trump’s son, albeit spelt differently. Trump’s adventures begin in Russia, and are guided thanks to directions provided by “the master of all masters,” a man named “Don.”

Before leaving for his voyage through the unknown, Trump is told of his family’s motto: “The pathway to glory is strewn with pitfalls and dangers.”

Illustrations from the novels depict Trump dressed in lavish, old-fashioned clothing and jewelry as he departs from Castle Trump and begins his voyage, heading to Russia to locate an entrance into alternate dimensions.

That is strange, right?

Subsequently, Lockwood wrote another novel entitled “The Last President” in which the election of a very unpopular “outsider candidate” sparks huge mob riots by “anarchists and socialists” in New York City.  The following comes from the Daily Mail…

The story opens in a New York City in turmoil. It’s early November right after the election of an enormously opposed candidate.

The East Side of the city, which is where the Women’s March began the day after Donald Trump’s inauguration, is in a ‘state of uproar.’

The 19th century book says police officers shouted through the streets as ‘Mobs of vast size are organizing under the lead of anarchists and socialists, and threaten to plunder and despoil the houses of the rich who have wronged and oppressed them for so many years.’

‘The Fifth Avenue Hotel will be the first to feel the fury of the mob,’ the novel continues. ‘Would the troops be in time to save it?’

Of course anarchists and socialists would not be rioting if a Democrat was elected, so obviously the president in this particular story would be a Republican.

I don’t know if there is any special significance to any of this.  I just found these parallels to be absolutely fascinating, and I thought that I would share them with all of you.  Some people out there believe that Ingersoll Lockwood was trying to warn us about our future, but others are downplaying the parallels that these stories have with modern day events.  For example, this is how Snopes concluded their article on this matter…

Although these books contain some seemingly bizarre coincidences, they are not evidence that Donald Trump has access to a time machine. Time travel conspiracy theories such as this one pick and choose material that supports their conclusions while ignoring everything else. For instance, these books also contain giant turtles, alternate dimensions, a battle with a big white crane, a dog named Bulgar, and a little smiling man frozen in time. Since these aspects have no clear connection to the Trumps, they are omitted from the conspiracy theory.

Before I end this article, let me share with you another “amazing coincidence” that I just came across.

By now, all of you have probably heard about the remarkable solar eclipse that is going to take place on August 21st.  Well, it also turns out that the path of this solar eclipse will almost entirely cross areas of the country that voted for President Trump…

A Boston Globe article attempting to make a connection between the solar eclipse and President Trump supporters is being widely mocked on social media.

The article by Globe reporter Matt Rocheleau, titled “The solar eclipse path will overwhelmingly pass over Trump Country,” starts off by asking the question, “Is the eclipse throwing shade at Clinton supporters?”

In fact, of the approximately 240 counties that this eclipse will cross, a whopping 92 percent of them voted for Trump last November…

He said the path is roughly 70 miles wide and spans about 240 counties — 92 percent of which swung in Mr. Trump’s favor, “while fewer than two dozen counties voted for his opponent, Hillary Clinton.”

The article points out that Mr. Trump himself was born on June 14, 1946 — the same day there was a total lunar eclipse, “though it wasn’t visible from the United States, NASA records show.”

To me, that is rather remarkable, but once again many are pointing out that this could potentially be “just a coincidence”.

When it comes to Trump, there seems to be so many of these “coincidences”.  For instance, on his first full day in office Trump was 70 years, 7 months and 7 days old, and that just happened to take place in year 5777 on the Hebrew calendar.

I don’t know what special significance all of these facts may have, but I do know that we are living in highly unusual times.

All of human history has been leading up to the times that we are moving into, and I believe that we are going to see great chaos and upheaval.  But there is no other time in human history when I would have rather lived, and I can’t wait to see what is going to happen next.