Demonology Expert: Satan Could Be Behind The Current Political Division 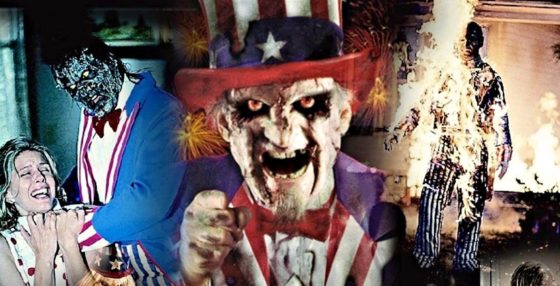 It doesn’t take anything more than a quick glance at the news to understand that the nation is sharply divided on politics.  The stark line between left and right continues to grow and one demonologist claims it could be Satan who is behind the current political divide.

Karl Payne, an expert on demonology and the author of the highly acclaimed book Spiritual Warfare: Christians, Demonization, and Deliverance, cites Jesus acknowledging that, for a time, Satan has been given limited authority on Earth.  According to a report by WND, Payne said,  “If someone asks if [Satan] would influence the political system, I say, ‘Of course he would. Why wouldn’t he?’”

“Chaos is the name of the game, I believe, for Satan and for his minions,” said Payne, a pastor at Antioch Bible Church near Seattle and a former chaplain for the Seattle Seahawks NFL team. “If Jesus speaks truth, they [demons]want to undermine that truth any way that can.”

The Greek words “dia” and “bolos” essentially mean “apart” and “throw” respectively, and when combined as diabolos means one who splits or divides. Payne also specifically noted Proverbs 6: 16-19, which says there are seven things that God hates, and number seven is people who “purposefully sow discord.”

“Through the television, through the movies, we’re just inundated with ‘up is down, down is up, black is white, white is black, good is evil, evil is good,’ you can’t get away from it,” he said.

As an example, Payne said he couldn’t imagine 20 or 30 years ago seeing the emergence of a bill such as California’s AB 2943 that would punish the sale or promotion of the idea that God can heal unwanted sexual-attractions.

“I thought to myself, do you really think that there would come a time in this country when people who love Jesus — who live by a credo of love your enemies and pray for those who spitefully use you, who treat others as you want to be treated — would be labeled as xenophobic, homophobic bigots, I would have said, no, I don’t think in my lifetime that could happen,” he said. “I not only think it’s here, I think we’re going to see more of it.” –WND

Payne says Christians shouldn’t be surprised at the treatment they are getting from others and says Americans have it easy being only socially ostracized rather than facing the real possibility of death as many in Muslim countries do.  He cited John 15 in which Jesus said “if they hate me they will hate you” and the apostle Paul’s writing which said that “if you reign with Christ you will also suffer with him.” Peter, in his letters, also refers extensively to Christians suffering unjustly. “We in this country are the anomaly,” Payne said.“Our (Christian) brethren in Muslim countries who are suffering on a daily basis are saying, ‘I don’t see how you can say you’ve got it hard when you’re socially ostracized and not invited to parties or something. We literally have to be concerned about being killed on a regular basis.’”

Payne seems to be warning that demons and evil are responsible for the division in the world right now, and in his words are veiled predictions that it will get worse before it gets any better.