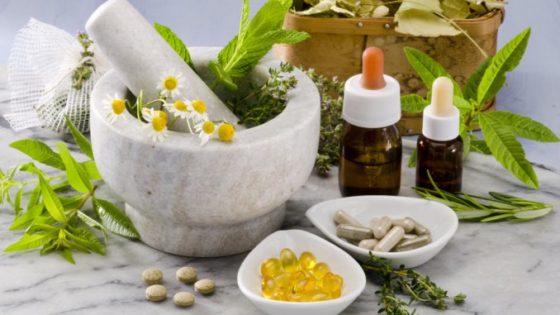 When it comes to the number of Americans on medications offered by Big Pharma, it’s staggering. People are beginning to demand alternative options and more choices when it comes to their own health, and that could lead to incredible innovative solutions to the problem of Big Pharma.

Many people used to tell those who looked for more natural and holistic remedies for their conditions that they were crazy and should just trust Big Pharma.  Yet the tides are turning, as most know the pharmaceutical companies are interested in doping people up and controlling symptoms instead of curing ailments. They are also borderline cruel with the prices they charge.

Not-So-Shocking Poll: Americans Hate The Government Almost As Much As They Hate Big Pharma

Patients are simply demanding more options. People want to choose how they take care of their health and increasing numbers are viewing prescription drugs for every minor thing as more harmful than good.

The Most Medicated Country In The World: 46% Of Americans Have Taken A Pharmaceutical Drug Within The Last 30 Days

In the past few years, many doctors and conventional healthcare institutions in the United States have shown a new acceptance of treatments and philosophies that historically have not been part of mainstream medicine.

Proponents explain that integrative medicine addresses the full range of a patient’s physical, emotional, spiritual, and environmental influences. It also deploys therapies that extend beyond the surgeries and drugs that have historically defined the American medical establishment.

In 1994, Dr. Andrew Weil, the Harvard-educated physician, author, lecturer, and internationally recognized pioneer of integrative and holistic health, founded the Program in Integrative Medicine at the University of Arizona.

This was years before most people had even heard of integrative medicine.

“Patients are dissatisfied with the small amount of time they get with their doctors and with doctors who prescribe a pill for every ill,” Weil said. “The integrative medicine movement is not a rejection of conventional methods. But patients are saying that the conventional model is not working, that it’s broken. And they are right.” –Healthline

As people continue to turn their backs on the medical establishment that is keeping them sick and dependent on their drugs, more and more are willing to look into alternatives, such as the decriminalization of marijuana and psychedelics. Actually, there’s a “shroom boom” going on right now, and it could lead to immense progress when it comes to the treatment of alcohol and tobacco additions and depression. More research is needed, of course, but as regulations on some previously banned substances are loosened, more studies on the efficacy of those substances can be completed.

If things continue the way they have been, and more turn from the addictive and harmful substances often pushed by Big Pharma, we may actually see a rebound in our overall health.