David Dubyne: The Crash is Closer Than You Think 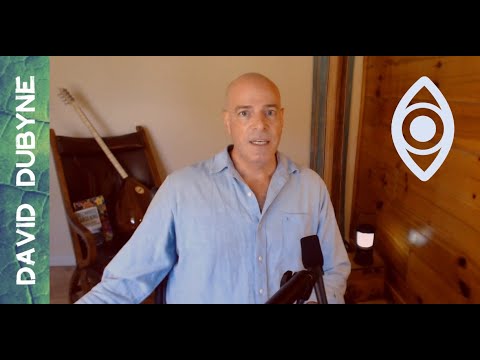 According to David Dubyne of Adapt 2030, we are going to experience a crash. Not only that, but this major crash is much closer than any of us think.

Supermarkets have started to put security devices on cheese to deter theft. This is just one more sign that food prices are getting intolerable when people have resorted to trying to steal blocks of cheese.

“You know we’ve stepped into a new era when you see security tags on blocks of cheese. Now, I’ve seen this on pounds of hamburger, and also on lab-grown meats where they have these same security tags,” Dubyne says in his most recent video uploaded to YouTube. That’s going on in the United Kingdom, however, here in the United States, consumer sentiment is at a 70-year low. That’s the worst ever recorded.

People don’t have a disposable income anymore and are blowing through their savings just to pay for necessities like food or energy bills.

Dubyne then says that the collapse of the Georgia Guidestones was planned as a “signal flare for all of those participating: GAME ON!” Dubyne does not mince words and says we all need to get ready. This was a signal from the globalists/elitists/rulers that they are intending to enslave humanity to an even worse extent.

“So you, on the recipient end of policies, mandates, laws, etc., should get a little ready, more than average, more than usual, faster than usual, because this was a massive signal here. The destruction of their quote-unquote temple slash monument slash negative energy portal whatever it was. It was a signal that that era has ended and a new one has begun.”

The mainstream media is saying the time capsule allegedly buried under the Georgia Guidestones is a “bust.” And yet those of us above the 500 million the Guidestones say is where humanity’s population should be capped want to know why they think they can rule over us. Actually, we know why they can rule us. Because we keep voting for our masters and they use that as our consent to be enslaved.

Time to prepare but it’s also time to really ponder what side you want to be on. Freedom and government cannot exist simulataneously. History has proven this. You either want dangerous freedom or peaceful slavery and the gray areas have been eliminated. Choose your side and get ready. The ruling class already knows their plan. What’s yours?