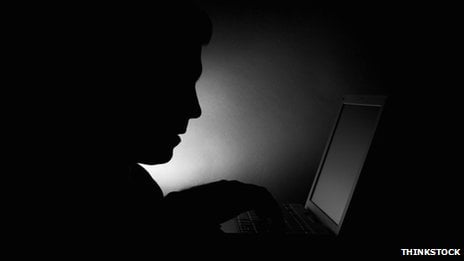 Their tentacles are everywhere.

If it’s plugged into the internet there is a near 100% chance that the National Security Agency is monitoring it.

So how does the average American get off the control grid?

According to well known anti-virus software founder John McAfee the answer is simple.

Rather than connecting to the telecom sponsored (and government integrated) internet, we bypass it completely and connect directly to each other’s devices in a peer-to-peer environment using what is essentially a distributed network architecture.

He’s been working on the new device, dubbed D-Central, for several years but has recently sped up its development in light of revelations that the NSA is tapping the digital interactions and personal correspondence of virtually every American citizen.

The new “NSA Killer” will, according to McAfee, make it difficult if not impossible for the NSA to tap into personal communications like they do today because the device would operate in what is known as a “dark web” and allow an individual to completely obscure their identity.

McAfee says with D-Central there will be no way for the government to tell, “who you are or where you are.”

The gadget, which McAfee wants to sell for less than $100, would communicate with smartphones, tablets and notebooks to create a decentralized network that couldn’t be accessed by government agencies. Specifically, it would create a small private network that would act as a “dark web” where users could communicate and share files privately.

The device would have a wireless range of about three blocks and those in range would be able to communicate with each other. McAfee has reportedly been working on the gadget for a few years but has accelerated development in recent months given the NSA leaks.

At present, he said the design is in place and they are looking for partners to help with hardware. A public prototype is expected to be ready within six months with the current device said to take a round shape with no display. This of course is assuming the project isn’t shot down by regulators before it’s ever released.

Via The Daily Crux

If true, the promise of a $100 NSA-Killer device that crushes the trillion dollar surveillance state is quite appealing and one that Americans will likely respond to with open arms should it become available on the free market. We say “should,” because there’s already talk that the D-Central privacy device may be banned in the United States because it could potentially be used for nefarious purposes.

Of course with that logic we should also ban telephones, computers, credit cards, and pretty much everything else, because criminal elements will always adopt emerging technologies for their enterprises.

The obvious, but unspoken, reason for such a ban would, of course, be that the government would lose the ability to monitor, and thus control, the American public.

According to the Future Tense Central web site McAfee’s new device will be available March 22, 2014.

Decentralize. It’s the only way to go.