Criminal Roots: A shocking exposé on the Clinton family and their rise to power

This article was originally published by Shepard Ambellas at the Intellihub.com 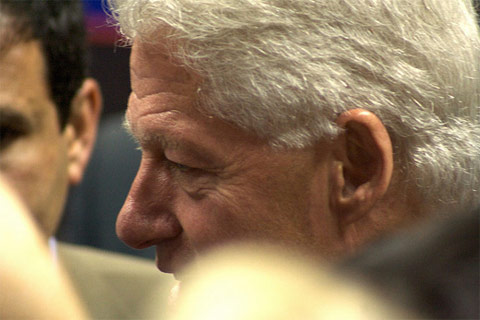 A plethora of controversy and allegations of steamy sexcapades, treasonous business scandals, illicit criminal activity, drug trafficking, and even a number of mysterious deaths has surrounded the Clinton family for years.

In fact, these scandals, many of which have been documented, may be some of the best kept secrets hidden from the American people to this day.

According to an underrated documentary film titled “The Clinton Chronicles,” which contains scores of multiple eyewitness testimonies, the Clinton family is “sick” and may be one of the biggest criminal syndicates to have ever occupied the White House, aside from maybe the Obama Administration.

The film points out just how energetic and inspirational former U.S. President and Governor of Arkansas Bill Clinton was in his younger years before he started trafficking cocaine and successfully laundering drug money from the illicit operations conducted through the Arkansas Development Finance Authority ( ADFA) and other channels – to the tune of millions of dollars.

Larry Nichols, former Director of Marketing for the ADFA, was brought in by Clinton in 1988 to help with “loan” operations when he stumbled upon what Bill Clinton had previously touted to Nichols as “the best kept secret in Arkansas” at the time.

Nichols spoke a little about his time at the ADFA, about a month into his employment:

“I was literally working, setting, in the middle of Bill Clinton’s political machine. It was where he made payoffs, where he repaid favors for campaign support. I was in an interesting seat and I knew it.”

Nichols said the ADFA was the “epicenter” of the Clinton’s money laundering operations.

Doc DeLaughter, a former Arkansas police investigator, also came forward in the film, detailing how law enforcement had a grand jury case with witnesses built who would confirm that Dan Laster was indeed involved in cocaine trafficking and was one of Clinton’s largest financiers and best friends.

According to Larry Nichols, Dan Laster and the Clinton crew would give “piles and piles of cocaine […] ashtray after ashtray full at parties and they were giving it to young girls,” including a 14-year-old girl who eventually became devirginized after the group had a physician place her on birth control.

Nichols also reported that both Bill and Hillary were complicit in the money laundering scheme, which used a state program, the ADFA, that was ostensibly set up “to provide low-interest bond loans to churches, schools, and colleges”. Moreover, Nichols also reported that Bill Clinton’s signature had to be on every single loan, which would theoretically empirically link the former U.S. president to the alleged scandal.

Additionally, Nichols said that both Webb Hubble and Hillary Clinton, who at the time worked for the Rose Law Firm, had a hand in the illicit operation and even helped get ADFA approved by drafting legislation “Act 1062″ and more.

Interestingly, it turns out Webb Hubble also received the first loan from the ADFA. Webb Hubble and Hillary Clinton also did the “audit and evaluation of the loan application” they were employed at Rose Law Firm, according to Nichols.

Nichols also noted that the “same cast of characters” were smuggling in loads of narcotics into Mena, Arkansas back in 1982 as Bill Clinton’s ego and drug use slowly got out of hand. At one point, according to a reporter, Bill Clinton was admitted into the hospital for “sinus problems” related to his “cocaine abuse and overdose”.

One woman even claimed that she “had sex” and did “cocaine” at toga parties” with Clinton’s crew and other prominent members of government and the police department on a number of occasions when Hillary, Bill’s wife, was “nowhere to be found.”

At one point the criminal activity became so blatant that it was said to be commonly known throughout certain circles exactly what had been taking place, people even ended up dead. Many were awaiting indictments but the Clinton family tentacles were just too long and the path taken by investigators led to nowhere.

As the documentary points out there were two kids who witnessed low-flying aircraft drop narcotics in Mena on several occasions who were later found with their bodies placed on train tracks to be ran over after being killed because “they saw something they shouldn’t have seen,” said the mother of one victim.

Their deaths were ruled “accidental” though the victims bodies showed signs of a stab wound and blunt-force trauma which was later proven to have taken place before the two were hit by the train.

“The fact is we know who killed these kids,” said one man who was involved with the case. Everyone who covered-up the case was promoted by Bill himself.

All in all “a total of six people with information about the boys murders were eventually murdered as well,” the film’s narrator said.

Eventually it was discovered by the former head of Arkansas Drug Task Force, Jean Duffy, that “drug trafficking in Arkansas was linked to government officials in frightening proportions” and a “grand jury” was being built.

Duffy said, “Although there was an abundance of evidence and word kept reaching me from members of the grand jury that they were ready to indict, no indictments came” because the U.S. District Attorney at the time blocked all attempts.”

Out of the ten years the smuggling ring was operating not one single load was busted and not one single arrest was made. To top it all off it’s been said that the operations continued for years to come and yet still nothing has really come of it.

All of this seems to only be a small snippet of what the Clinton family has actually had their hands in. In fact, I exposed another one of Bill’s escapades back in January in anarticle titled “St. James Island exposed: The elites best kept secret, until now.” 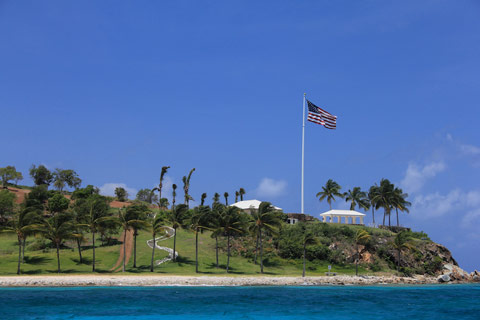 If you can name it–it has likely taken place on the lavish private island off the coast of Puerto Rico which boasts a beautifully landscaped plush luxury estate complete with its own helipad, privy only to certain members of the global elite.

Owned by Jeffery Epstein, a wealthy American financier and convicted sex offender, Little St. James Island appears to be somewhat of a gathering place and is a well desired hangout among key figureheads, actors, and royalty including the likes of former U.S. President Bill Clinton, Kevin Spacey, and even Prince Andrew.

However, the people attending the lavish residence are likely not there to discuss “cutting edge scientific and medical research” as the Epstein VI Foundation would like you to believe, but rather to experience full-on sexual encounters with underage girls as young as fourteen.

Back in 2005 police conducted an 11 month-long undercover investigation into Epstein and his estate after the mother of a 14-year-old girl went to police after suspecting her daughter was paid $300 for at least one sexual act on the island in which she was ordered to strip, leaving on just her panties, while giving Epstein a massage.

Although police found tons of photos of young women on the island and even interviewed eyewitnesses, Epstein was hit with a mere slap on the wrist after “pleading to a single charge of prostitution”. Epstein later served 13-months of his 18-month service in jail.

In 2008, Epstein was hit again, this time with a $50 million civil suit after another victim filed in federal court claiming that she was “recruited” by Epstein to give him a “massage” but was essentially forced into having sexual intercourse with him for $200 which was payable upon completion. The women were coming out of the woodwork.

Now Bill Clinton is back in the press and not for his controversial relationship with Monica Lewinsky, but rather his friendship with Epstein. In fact, flight records indicate that Bill would frequent the island paradise during the 2002 and 2005 era while Hillary, Bill’s wife, was a Senator in New York.

‘I remember asking Jeffrey what’s Bill Clinton doing here kind of thing, and he laughed it off and said well he owes me a favor,’ one unidentified woman said in the lawsuit, which was filed in Palm Beach Circuit Court.

“At least one woman on the compound was there unwillingly,” reported the Daily Mail in a recent article. The woman was allegedly forced to have sex with “politicians, businessmen, royalty, academicians” at the retreat. Just one of  “more than 40 women” that have come forth with claims against Epstein, showing the vast scale of the man’s dark operations, which aren’t limited only to Little St. James.

Moreover, Epstein was invited to Chelsea Clinton’s wedding in 2010 amongst 400 other guests, demonstrating his close friendship with the Clinton family.

To top it all off blue blood, “Prince Andrew was allegedly one of the house’s visitors. On Friday, the Duke of York was named in a federal lawsuit filed against Epstein, whom the FBI once reportedly linked to 40 young women. Filed in 2008 in the Southern District of Florida, the $50 million lawsuit claimed Epstein had a “sexual preference and obsession for underage minor girls … gained access to primarily economically disadvantaged minor girls in his home and sexually assaulted these girls,” reported the Washington Post.

Additionally it was also reported that Donald Trump used to hangout with Epstein back in the day. In fact the Trumpanator himself has even commented previously on Epstein’s taste for “younger” women and also pointed out that Epstein “is fun” to be around.

While it’s unknown how deep Trump was in with Epstein, pardon the pun, Trump’s friendship demonstrates the type of personalities which surround Epstein, with money being the common tie.

Keep in mind all of this was going on the whole time and now Hillary is running on the Democratic ticket for the 2016 Presidency!

And on one last note, did you know that over 90 people surrounding the Clinton family have mysteriously ended up dead?

Shepard Ambellas is an activist, journalist, filmmaker, film producer, radio talk show host and the founder and editor-in-chief of Intellihub. Established in 2013, Intellihub.com is ranked in the upper 1% traffic tier on the World Wide Web. Read more from Shep’s World.