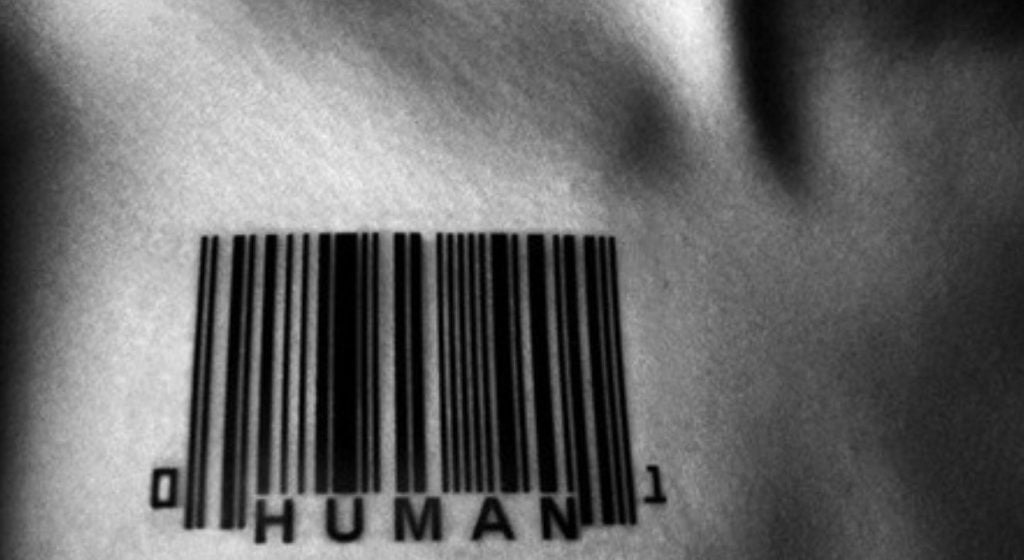 This article was originally published by Rhoda Wilson at The Daily Exposé under the title: Covid “Tests” and “Vaccines” Are Delivering a Hybrid Biological/Technological Weapon Which is Activated By 5G, Fibre Optics and Light

Karen Kingston spoke with Mike Adams about patents that demonstrate that Covid-19 was always about the merging of biology – including the human body – with technology – artificial intelligence.

Kingston is a biotech analyst with more than 20 years of experience. She has been reviewing research that has been conducted on Covid “vaccines” for more than a decade. “I really want the truth to be understood and the evidence to be seen and evaluated,” she told Adams.  So, during the interview, she discussed some of the patents she has found: in particular, quantum dots “because that’s the backbone technology and energy of this AI [artificial intelligence] bioweapon,” she said. “It’s part biology and part technology … that’s always been the intention of Covid-19.”

She began by discussing a patent owned by Moderna which clearly shows that lipid nanoparticles (“LNPs”) are fully programmable self-assembling technologies that can contain gels and hydrogels.

See Modified Polynucleotides for the Production of Secreted Proteins, Moderna patent US 10703789 B2, 7 July 2020.

One of the patents US 10703789 B2 referenced, which is now removed from the US Patent Office website, relates the functionality of the nanotechnology in the Covid-19 bioweapon injections to ensure rapid, easy, and targeted biodistribution of the nanoparticles, which are quantum dot particles, throughout the body.

As Kingston noted, the patent was filed to Life Technologies Corporation in 2012 and Life Technologies was acquired by ThermoFisher in 2015.  In February 2022, according to a report by Reuters, Moderna entered into a 15-year agreement with ThermoFisher Scientific for the manufacturing of its Covid “vaccine” and other experimental medicines based on mRNA technology.

This second patent “rolls up into the patent [US 10703789 B2] on the Moderna website,” Kingston said.  In section 0003 of US 0028565 A1, the patent described “semiconductor nanocrystals (also known as quantum dot particles)” and how the size of the quantum dot responds to different energies or frequencies.

A 2011 book titled ‘Quantum Confinement Effect’ describes how quantum dots can be used to create tags, “so to mark people or animals,” Kingston said. “There are decades of successful research where they use quantum dots, not just to label an animal or human, but then to tag, mark and trace and communicate with, if you will, the heart, liver, spleen, lung, kidney and brain.”

Another patent that falls under the master Moderna patent US 10703789 B2 is one for opal hydrogels.

Opal hydrogels are part organic and inorganic. This means that they are part biology and part technology. Part technology – AI, metallic structures. Part biology – genetic sequences from other life forms e.g., insects, reptiles, rodents.  Opal hydrogels look like quantum dots.  “They have this bright blue and rainbow colors they give off,” Kingston explained.

A peer-reviewed article published by Wiley Online Library clearly states that the “backbone, the energy source, the technology between inorganic and organic –  the inorganic-organic hybrids – is Qdots, it’s quan[tum] dots,” Kingston said.

Another patent on which the master Moderna US 10703789 B2 patent relies is one relating to carbon nanotubes which is owned by the Chinese Military.

Moving onto the purpose of Covid tests, Kingston explained the test swabs are to collect people’s genetic material and inoculate people with the nano weapon – the spike protein AI bioweapon which is part biology and part technology.  It’s not only technology but it also has gene sequences, she said. “This technology is meant to spawn inside the body, it’s a parasite … It has not [been fully activated in a lot of people.] The activation is very much contingent on the 5G [and] fiber optics networks … also the quantum dots are activated using LED [light-emitting diode] so there’s light activation involved as well.”

She then discussed patents that reveal the shocking nature of the “spike protein” structures in “vaccines.” The hybrid inorganic-organic structures demonstrate “cognitive action” capabilities. They are described in patents as “intelligent sensor platforms” that carry out instructions. So-called “spike proteins” seen in electronic microscopy are actually these nanotech platform structures that are small enough to enter nervous system cells and alter their behavior.

Click on the image below to watch the video on Bitchute.

The information Kingston discussed is included in various articles on her Substack in a series titled ‘Dismantling Covid-19 Deceptions’.  Below are links to documents discussed in the first 30 minutes of the video above: