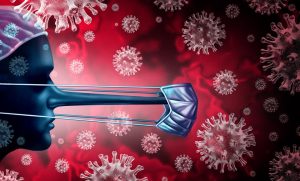 The biggest lie in World history: there never was a pandemic. The database is flawed. The Covid mandates including the “vaccine” are invalid.

Destabilizing the social, political, and economic structure of 190 sovereign countries cannot constitute a “solution” to combating the virus. But that was the imposed “solution” which was implemented in several stages from the very outset of the corona crisis in January 2020.  It’s the destruction of people’s lives. It is the destabilization of civil society.

Fake science was supportive of this devastating agenda. The lies were sustained by a massive media disinformation campaign. 24/7, incessant and repetitive “Covid alerts” in the course of the last two years.

The historic 11 March 2020 lockdown triggered economic and social chaos worldwide. It was an act of “economic warfare”: a war against humanity.

This diabolical agenda has undermined the sovereignty of nation-states.

It has contributed to a wave of bankruptcies. It has impoverished people worldwide.

It has led to a spiraling dollar-denominated global debt.

The power structures of global capitalism, Big Money coupled with its intelligence and military apparatus are the driving force.

From the very outset, both the media and the governments have overlooked and ignored the flaws and falsehoods pertaining to the RT-PCR test as a means of detecting the spread of the virus and identifying SARS-CoV-2.

“The PCR is a Process. It does not tell you that you are sick”.

Dr. Kary Mullis, Nobel Laureate and Inventor of the RT-PCR, passed away in August 2019.

This misuse of the RT-PCR technique is applied as a relentless and intentional strategy by some governments to justify excessive measures such as the violation of a large number of constitutional rights, … under the pretext of a pandemic based on a number of positive RT-PCR tests, and not on a real number of patients.

The Entire Data Base of “Covid-19 Confirmed Cases” is Invalid

Media disinformation has prevailed for more than two years despite the fact that both the WHO and the CDC (with the usual innuendos) have confirmed what was known from the very outset in January 2020, namely that the RT-PCR test used to justify every single policy mandate including lockdowns, social distancing, the mask, confinement of the labor force, closure of economic activity, etc. was flawed and invalid.