Could The Volcanic Eruption In The Canary Islands Create A Giant Tsunami That Hits The East Coast? 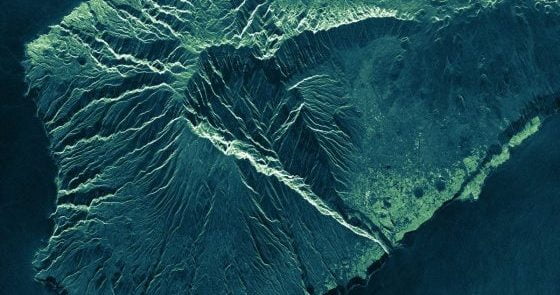 In fact, a tsunami will only be generated if the western portion of the volcano collapses and an absolutely gigantic landslide is caused as a result.  In a worst-case scenario, a chunk of real estate the size of Manhattan would detach from the island and slide into the Atlantic Ocean with extreme violence, and the ensuing tsunami would cause death and destruction on a scale that is difficult to fathom.

Needless to say, I will be watching these developments very carefully.  If you have read my last two books, then you already know that I have a particular interest in the potential for mega-tsunamis.

Let us hope that the seismic activity in the Canary Islands fizzles out without any landslide happening.  Because for the last two decades scientists have been warning us about what could potentially happen, and it is really, really bad.  The following comes from Wikipedia…

The island of La Palma in the Canary Islands is at risk of undergoing a large landslide, which could cause a tsunami in the Atlantic Ocean. Volcanic islands and volcanoes on land frequently undergo large landslides/collapses, which have been documented in Hawaii for example. A recent example is Anak Krakatau, which collapsed to cause the 2018 Sunda Strait tsunami, claiming hundreds of lives.

Steven N. Ward and Simon Day in a 2001 research article proposed that a Holocene change in the eruptive activity of Cumbre Vieja volcano and a fracture on the volcano that formed during an eruption in 1949 may be the prelude to a giant collapse. They estimated that such a collapse could cause tsunamis across the entire North Atlantic and severely impact countries as far away as North America.

Of course, not all tsunamis are created equal.  After all, there is a world of difference between a tsunami that is only a couple of feet tall and one that is hundreds of feet tall.

So what would a worst-case scenario mean for the countries that border the Atlantic?

Since most of Florida is barely above sea level, there would be very little to keep the tsunami wave from sweeping across the entire state.

Needless to say, such a tsunami would also do enormous damage to major cities along the east coast such as Washington, New York, and Boston.

So let us certainly hope that such a scenario does not materialize.

Leading up to the eruption on Sunday, the island of La Palma had been hit by about 1,000 earthquakes in a five-day period.

Scientists knew that an eruption was possible, but the violence with which the Cumbre Vieja volcano has exploded has stunned a lot of people…

A volcano on Spain’s Atlantic Ocean island of La Palma erupted Sunday after a weeklong buildup of seismic activity, prompting authorities to evacuate thousands as lava flows destroyed isolated houses and threatened to reach the coast. New eruptions continued into the night.

The Canary Islands Volcanology Institute reported the initial eruption near the southern end of the island, which saw its last eruption in 1971. Huge red plumes topped with black-and-white smoke shot out along the Cumbre Vieja volcanic ridge, which scientists had been closely watching following the accumulation of molten lava below the surface and days of small earthquakes.

Video footage of lava being violently spewed from the volcano has gone viral all over the globe.

We were warned that this could happen someday, and that day has finally arrived.

Now that the volcano has finally started erupting, the seismic activity could continue for quite some time to come.

In fact, we are being told that previous eruptions have lasted for “weeks or even months”….

Itahiza Dominguez, head of seismology of Spain’s National Geology Institute, told Canary Islands Television that although it was too early to tell how long this eruption would last, prior “eruptions on the Canary Islands lasted weeks or even months.”

The good news is that there has not been any sort of a major landslide yet.

But that could change at any time.

So we will want to closely watch this volcano for as long as it is still erupting.

At this hour, lava flows continue to destroy homes as they head for the coast.  About 1,000 island residents have already been evacuated, and it is being reported that 10,000 more may soon need to be evacuated.

If nothing more comes of this disaster, we should be very thankful.

But if a worst-case scenario does materialize, those of you that are living on the east coast will only have about 9 hours to evacuate before a giant tsunami hits.

And if you are sleeping when the tsunami is generated, the amount of warning that you receive may be a whole lot less than that.

Needless to say, highways would be completely jammed up if everyone was trying to escape all at once, and a lot of people simply would not make it.

So let us hope for the best because a giant tsunami hitting the east coast would mean death and destruction on a scale that none of us wants to imagine.