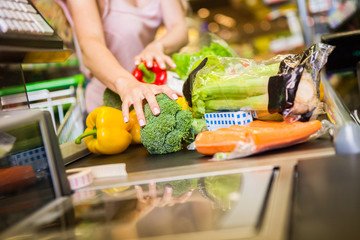 Food prices have skyrocketed in China amidst the ongoing coronavirus outbreak plaguing the country. Food prices are soaring more than 20% according to government statistics released Monday.

All of this could easily spiral out of control especially if this outbreak continues its rapid spread and begins to impact other countries. Imagine a country addicted to food with large enough people making a run on grocery stores (like the United States.)  It could get really ugly really quickly.

Many attribute the soaring pork costs also in part to the outbreak of an African swine fever in China that disrupted the pork industry in 2019.

A Carrefour supermarket in Shanghai was fined last week by city regulators for price-gouging after its lettuce surged to nearly eight times its regular prices amid the outbreak, the Wall Street Journal reported. –ABC News

It probably wasn’t price-gouging either, but supply and demand that’s at play here.  Food supply is low due to decreased production during the outbreak, meaning scarcity makes it more valuable and therefore more expensive.

The rising food costs in China come as its National Health Commission said Monday that the number of confirmed coronavirus cases is more than 40,000, and the number of deaths from the disease in mainland China is more than 900. As productivity continues to diminish in the face of the raging outbreak, the price will continue to go up.