Coronavirus Crisis: The Virus Will Bankrupt More People Than It Kills 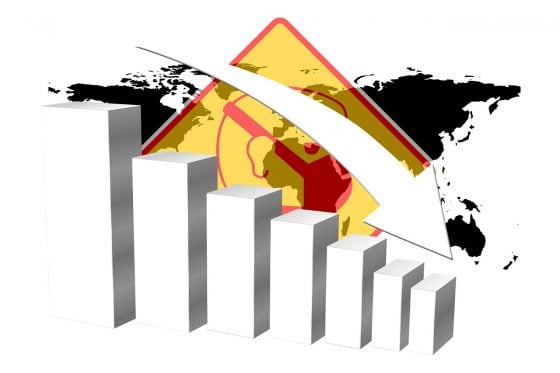 The real crisis of the coronavirus is that it’s going to bankrupt more people than it kills, especially in the United States. Household debt has skyrocketed in the years following the Great Recession, putting many at risk for a financial disaster.

Businesses are shutting doors and closing shop to prevent the spread of the coronavirus.  But this in itself is a disaster for many who live paycheck to paycheck, which is almost 80% of Americans. Not to mention household debt in the U.S. reached a record of $14 trillion in February during the coronavirus’ spread around the globe.

COVID-19’s economic danger is exponentially greater than its health risks to the public. If the virus does directly affect your life, it is most likely to be through stopping you from going to work, forcing your employer to make you redundant, or bankrupting your business. According to the Independent, that’s the main concern.

It is difficult to imagine Italy not entering a recession (the world’s ninth-largest economy is now on lockdown). It is also difficult to imagine that failing to affect Europe and its largest trading partner, the United States. And it is impossible to see how any of this will not add up to a global downturn unless governments step in faster and harder than they did 12 years ago during the last financial crisis –The Independent

The U.S. already dropped interest rates, and that hasn’t stemmed the bleeding. But lowering interest rates hasn’t caused people to spend more money. It usually spikes mortgage refinances, however. The Trump administration has floated the idea of cutting taxes, which would help.  But only if that is swift and deep.  Any tax cut that’s too small to make a noticeable difference right away won’t save the economy either.

NBC News reported that Trump’s proposal was, in fact, ok, but not great, for anyone working. His plan would eliminate the payroll tax for the remainder of the year. That means you’d get to keep a mere 6.2% more of your own money for the rest of 2020. Payroll taxes, which are distinct from income taxes, are paid by both employers and employees, with workers paying 6.2 percent of their salaries up to $137,000 to fund Social Security and employers matching that amount. The cut applies only to those who get paychecks, so it would provide little relief to people who are laid off as a result of an economic downturn.

Small businesses, in particular, are struggling as supply chains dry up, leaving them without products or essential materials. Factory closures in China have led to a record low in the country’s Purchasing Manager’s Index which measures manufacturing output. China is the world’s largest exporter and is responsible for a third of global manufacturing, so China’s problem is everyone’s problem — even in the midst of a trade war between the White House and Beijing.  –The Independent

What Trump really needs to do is eliminate the Federal income tax.  Again, small cuts won’t help the average person at this point and won’t be noticeable to give the economy a boost.  Any money that is yours that you get to keep and isn’t stolen from you is at least some help, however.  Americans are overtaxed anyway.

The economic problems may be only beginning and the coronavirus may finally be the event to pop the everything bubble.