Cop Caught on Tape Extorting Driver for Fundraiser: “Buy These Tickets or I Take Your Car” 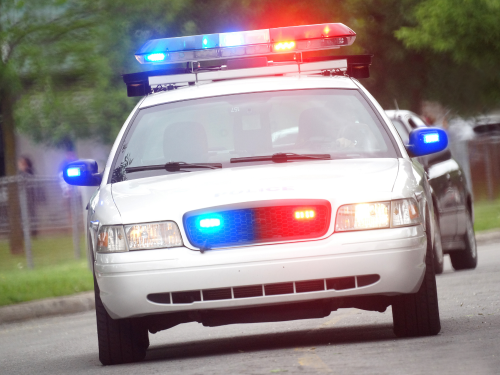 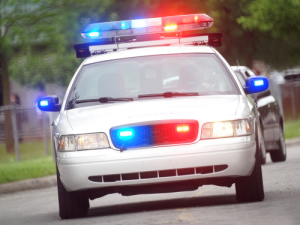 Instead, a Philadelphia cop was caught on camera using the threat of force to insist that two guys he pulled over during a traffic stop buy tickets for a fundraiser to support the families of fallen first responders.

The driver and his friend were essentially given no choice but to fork over some $30 to buy tickets for the police effort after the office claimed the vehicle was “unregistered” and threatened to seize it.

It was a threat tantamount to extortion… but I guess it was all for a good cause. The police officer encouraged the trapped buyers to take their “sweethearts” and support the local department.

Check out the shocking video:

The AP reported that the officer, caught on tape, may be prosecuted or put on leave:

On the video, the officer asks: “You and your friend got any money to buy these thrill show tickets? Either you buy these or I take your car. ‘Cause it’s unregistered. Ten bucks each, man.”

The uniformed officer balks at the driver’s plan to buy just two tickets, and the driver ultimately agrees to give the officer $30 for three tickets.

“That’s totally inappropriate, and it could very well be illegal,” Ramsey said. “He tainted a cause that I think is certainly one that I think we should all be proud of.”

Beyond the cutesy nature of wiseguy cops harassing the driver into a purchase he likely would not have made otherwise, it is a classic example of using the police state apparatus to rob people with the color of law.

Between license, registration, insurance, broken tail lights, speed traps and reckless driving, the sworn-thugs have plenty of cover for intimidation and revenue collection.

Whether in an illegal scheme like this one, or a legitimate but predatory traffic scheme, many police are used as armed robbers, transferring the money of citizens to the state (or to themselves) under the threat of further trouble.

The problem underscores the issue of abuse of power that is rampant throughout the system.