Coming To America: The Complete De-Platforming of all Voices That Don’t Worship Democrats 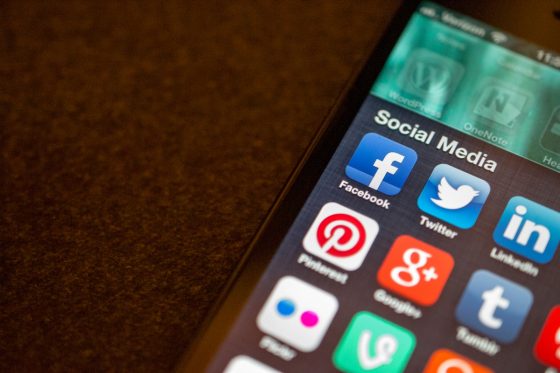 The Democrat Party has joined the globalist Left in their quest to wipe out all remaining bastions of freedom and liberty throughout the West which, if they are successful, will plunge the world into chaos, war, and destruction.

In Europe, freedom fighters like Tommy Robinson and Carl Benjamin are fighting Leftists in Britain and throughout the European Union as they attempt to build political opposition to what is very obviously an anti-libertarian and anti-democratic campaign of suppression and censorship.

Robinson, demonized by the European Left as a “far-right extremist” who has been attempting to speak the truth about the virtual invasion of anti-Western Muslim “refugees” from war-torn segments of the Middle East, was jailed in 2018 for essentially expressing his views.

Since his release, he continues to be targeted for censorship and silencing by EU and British government authoritarians as well as the social media giants — so much so that he now feels his only recourse is to become a Minister of the European Parliament (MEP) in order to retain a platform.

Jake Lloyd of Infowars notes: “He and others are doing this in an attempt to take over the EU from the inside…”

“Now, you might not know that,” Lloyd continued, “because, within hours of setting up an account to represent his campaign on Twitter, it was removed. Why it was removed, nobody knows. No explanation has been given.”

In other words, Robinson was treated just like American conservatives, pro-constitutionalists, and supporters of our “America First” president, Donald Trump.

“This is following the trend that’s been happening on social media for quite a long time,” Lloyd said, noting that his own employer, Infowars, was systematically removed from Twitter, YouTube, PayPal, and other big tech platforms last year ahead of the 2018 elections.

For Robinson, it’s his warnings about Muslim destruction of Western culture that landed him in hot water throughout Europe, not just in Britain. In the U.S., Trump supporting Americans who oppose Democrats and their obsessions — abortion, gun control, high taxes, and demand for conformity — who are under assault.

But also, a man who describes himself as a classic liberal — Sargon of Akkad, or Carl Benjamin — has also been targeted by the Left because he’s not Left-wing enough.

“He doesn’t toe the line for globalist organizations like the EU or the United Nations,” Lloyd noted, adding that Benjamin has also launched a campaign to become an MEP.

“They’ve attacked him in a lot of ways much like they have Tommy Robinson,” said Lloyd. “They’ve also removed his campaign account — he’s running as a member of UKIP, the United Kingdom’s Independence Party — for no real reason.” (Related: Two months after de-platforming the Health Ranger, Twitter bans James Woods for exposing the treason of the deep state coup against Trump.)

The silencing of political opponents, Lloyd noted, is nothing new, as it’s been happening throughout world history. But typically, suppression of speech, political points of view, and expression have been associated with authoritarian governments and tyrannical leaders like kings and dictators — not havens of democracy like Britain and the U.S.

Lloyd said that in Benjamin’s case, “he has made some controversial comments in the past,” though in reality, they’re really not that controversial that he should be banned from the public square.

Indeed, America’s founding fathers were so offended by such tactics that, in the very first amendment to the Constitution, they recognized an inalienable right for humans to speak, think, and express themselves freely — without having to be ‘approved’ for certain speech while other speech is banned because it’s been deemed ‘offensive’ or ‘wrong-headed.’

Despite complaints by consumers and platform users throughout the Western world, however, the social media behemoths aren’t budging: Like Democrats and the global Left, they are demanding groupthink, conformity of speech and thought, and the quashing of dissenting voices.

They are anti-Democrats, in other words, and they won’t stop until they shut down all opposition.

“Free speech is a myth. Technically we’re allowed to say what we want and won’t get arrested for it, but we constantly have to self-censor our speech, including our political opinions, for many reasons. You’re allowed to express some opinions, so long as they’re the right opinions. But if you lose your ability to pay your bills as a result of your honest and open speech, then you’re not really free.” –I Am Turtle Boy, book description