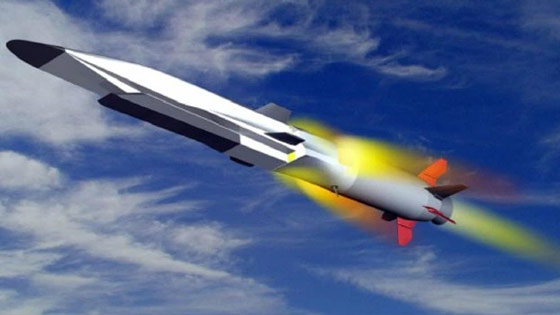 As President Trump ratchets up the U.S. military in his latest budget proposal, his counterpart, Russian President Vladimir Putin, has reportedly created a hypersonic missile with such devastating implications for the U.S. Navy, that it is being called “unstoppable.”

Russia claims to have created a devastating hypersonic missile that travels five times faster than the speed of sound and could rip through navy warship defences because it’s too fast to stop.

The Kremlin’s Zircon missile has been called “unstoppable”, “unbeatable” and “undefendable” with a 4,600mph speed that only one defence system in the world can destroy – that system is owned by Russia.

The missile employs revolutionary scramjet technology to reach its hypersonic speeds whereby propulsion is created by forcing air from the atmosphere into its combustor where it mixes with on-board fuel – rather than carry both fuel and oxidizer like traditional rockets. This makes it lighter, and therefore much faster.

The US Navy warns it could be fitted to Russia’s nuclear-powered Kirkov warship, where it would have a range of up to 500 miles.

In comparison, the Royal Navy’s Sea Ceptor missile, which is designed to destroy incoming missiles can only travel 15 miles and hit top speeds of 2,300mph.

Reports indicate that no counter measures for the Zircon missile exist. If true, then the majority of the U.S. Naval fleet has just been rendered obsolete. 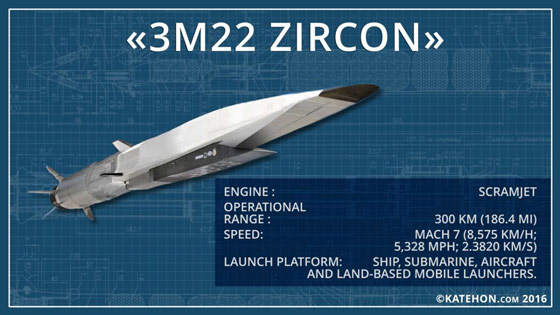