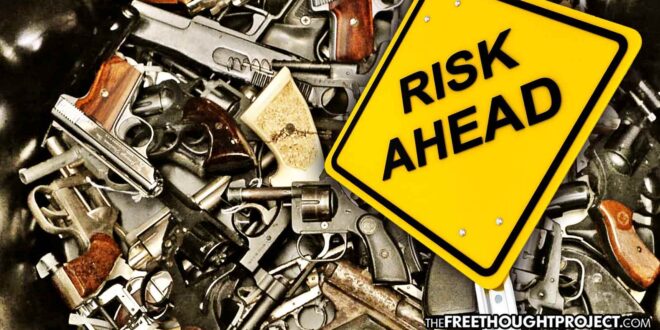 EDITOR’S NOTE: Government is slavery. Cops enforce said slavery. We should work toward abolishing enslavement in all forms. There should be no masters and no slaves. If you still worship the state, including those who enFORCE your slavey, you will be triggered by this article. 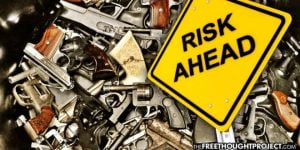 In what’s being touted as a first-of-its-kind action in the country, gun owners in San Jose will soon be forced to purchase liability insurance and pay an annual fee for practicing their right to self-defense. The City Council passed the resolution this week, and it is already being torn apart by those who can see past solving problems without government mandates.

“San Jose has an opportunity to become a model for the rest of the nation to invest in proven strategies to reduce gun violence, domestic violence and suicide and the many other preventable harms from firearms in our communities,” San Jose Mayor Sam Liccardo said at a news conference Monday.

But will requiring legal gun owners to buy insurance do anything at all to stop crimes or keep people safe? Not very likely. The City Council’s measure does nothing to address the problem of illegally obtained weapons that are stolen or purchased by criminals.

Despite this legislation coming forward as a reaction to the tragic mass shooting that took place at the Santa Clara Valley Transportation Authority rail yard that left nine people dead last May, it does absolutely nothing to stop criminal gun violence. All it does is place a burden on the thousands of lawful gun owners in the city.

The mayor, who acted as a cheerleader for the legislation, even admitted this fact, saying, “this won’t stop mass shootings and keep bad people from committing violent crime.”

On top of liability insurance, legal gun owners will also be forced to pay an annual fee to the city of $25. While it may not seem like much, coupled with an expensive insurance policy, it could make lots of legal gun owners who are having trouble paying their bills, criminals for noncompliance.

Essentially, it is just another way for the government to limit the ability of poor people to legally protect themselves.

To be clear, voluntarily purchasing gun liability insurance is not a bad idea. Insurance companies — unlike the state — have an incentive to keep costs down and would likely require policyholders to practice gun safety like safes and trigger locks. They could even require policyholders to schedule biannual trips to the range to remain proficient with their firearms.

What’s more, because police officers are public employees, a law requiring them to carry liability insurance would not be a violation of their rights. As police violence costs taxpayers hundreds of millions of dollars every year in lawsuits, a personal liability insurance plan for cops would make perfect sense.

Liability insurance for police officers has long been one of the solutions to the problem of police violence for which the Free Thought Project has been advocating for years.

But, as readers of TFTP know, the state does not act with logic and reason and therefore makes no sense. This is why, according to the current legislation, current and retired law enforcement officers are exempt from the requirement to pay the $25 fee and to carry the liability insurance.

For everyone else who is not a cop, however, they will be forced to pay unspecified fines for non-compliance with the legislation — which will undoubtedly be enforced by the cops — who are exempt from that very law.