City Council Member Outraged Because She Can’t Steal Land For Public Works: “This Guy’s Rich Enough To Fight Us For Years” 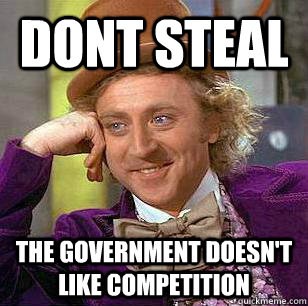 Americans have pride in the fact that they live in a free country. Though it’s a sentiment that’s been dying a slow death, most people still think that our country is a great bastion of capitalism, private property, and freedom of speech. But the truth is much darker. We merely have the facade of freedom. When you dig beneath the surface of that facade, you’ll find that that our markets aren’t all that free, there are certain things you can’t say, and perhaps what’s most shocking, is that we don’t truly own anything. Not in the purest sense.

In both cases, there is really only one way to keep your property from being taken. You have to spend a lot of money in legal fees if you want to keep your stuff. Only the rich can afford to stand up to the government, and they often do just that.

In Texas for instance, a ranch owner named Monty Bennett has been fighting the Tarrant Regional Water District for seven years, and has spent hundreds of thousands of dollars to keep them from confiscating part of his property to build a water line. Because of this case, Dallas City Councilwoman Sandy Grayson recently complained about the nature of eminent domain laws. Not because they give the government the ability to steal land from anyone, but because people like Bennett have enough money to take the government to court, and win.

“Now, other, ordinary people” she said “regular people like you and I, who can’t afford to fight the City of Dallas over an eminent domain case for years and years, I mean, we wind up getting our property taken.”

“It’s just infuriating, that if you are rich enough, you can hold the city hostage for years, and then get what you want,” she added. “There’s something really wrong with that.”

What’s truly sick about her statement, is that she acts all sad about “ordinary people” who can’t afford to fight the city, and wind up losing their land. And in the same breath, she has the gall to paint Bennett as the bad guy, just because he happens to be wealthy and savvy enough to challenge the likes of her.

Throughout the video, you can see her trying to crawl her way up to the moral high ground, but she just keeps slipping. She’s angry that the rich can avoid eminent domain, but she’s the one who’s advocating for the theft of privately owned land. If she had even a shred of decency, she would vote against every eminent domain case, regardless of how rich or poor the landowners are.

And despite her power over the livelihoods of every landowner in her city, she somehow still believes that she is “ordinary people.” How adorable is that? Until she has had her land confiscated by a heartless government, she’ll never know what it means to be like us.

Eminent Domain: Colorado Couple Finds Out That Their Land Is Only Their Land Until The Government Wants It

Here We Stand At The Twilight’s Last Gleaming: “All Private Property Rights in The U.S. To Be Strategically Usurped