China’s Building A LASER That Could ‘Tear Space Apart’ 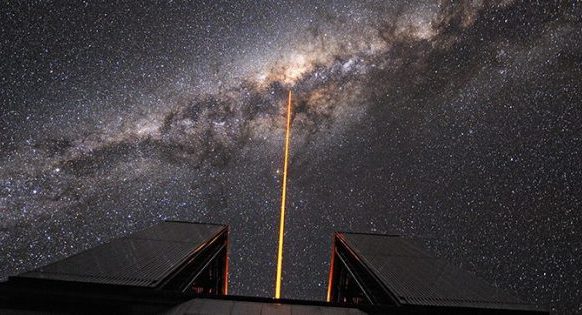 The Chinese are building a laser that is 10 trillion times more intense than the sun and could rip apart space. Physicists say that this laser could be operational as early as 2023.

Physicist Ruxin Li and colleagues are breaking records with the most powerful pulses of light the world has ever seen. At the heart of their laser, called the Shanghai Superintense Ultrafast Laser Facility (SULF), is a single cylinder of titanium-doped sapphire about the width of a Frisbee. After kindling the light in the crystal and shunting it through a system of lenses and mirrors, the SULF distills it into pulses of mind-boggling power.

The end goal is to create a laser so powerful it can produce 100-petawatt laser pulses or 100 million billion watts. To put that number in context, that’s 10,000 times the power of all the world’s electrical grids combined. These immense and powerful pulses could be targeted at incredible precise spots measuring just three micrometers across – that’s 2000 times less than the thickness of a standard pencil.

This means the researchers could achieve a laser intensity 10 trillion trillion times greater than the sunlight striking earth. According to the Science Mag, this laser would be so powerful it “could rip apart empty space.”  Physicists hope to achieve a phenomenon known as “breaking the vacuum,” whereby electrons are torn away from positrons (their antimatter counterparts) in the empty vacuum of space.

The laser could also power demonstrations of a new way to accelerate particles for use in medicine and high-energy physics.

Should the laser prove successful, it would be a striking illustration that matter and energy are interchangeable, as Albert Einstein’s famous E=mc2 equation states. Although nuclear weapons attest to the conversion of matter into immense amounts of heat and light (energy), doing the reverse is not so easy. But Li says physicists working on the SEL laser (Station of Extreme Light) are up to the task. “That would be very exciting,” he says. “It would mean you could generate something from nothing.”