China’s 7,000 Year Old Strategy Hints That A Massive Move Is Coming : “Largest Gold Rally Of Our Lifetime… It Will Go Ballistic” 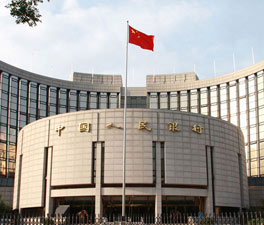 Up until January, the majority of people assumed that governments and central banks had everything under control. Zero-Interest and Negative-Interest rate policies coupled with unprecedented monetary printing appeared to have stabilized the economy and financial markets. But then something broke. Stock exchanges crashed following the New Year and investors the world over went into panic mode. They sold pretty much everything, including oil and the oft touted Internet 2.0 behemoths that were, in some cases, selling at 500 times their earnings. It was a rush for the exits.

But as we’ve noted repeatedly in recent years, when financial panic, confusion and uncertainty take hold, the smart money will rapidly moves into wealth preservation assets of last resort. And, this is exactly what we saw over the last two months. Though broader stock markets were crashing, precious metals and the companies that mine them exploded to the upside. Exchange traded funds that track gold were up double digit percentages and in some cases stock prices nearly doubled.

With more economic machinations from the powers that be sure to come and a currency crisis looming, what we recently saw with gold and silver is just a small preview of how precious metals will behave during serious and sustained market disruptions. Some analysts have suggested that the next stock market crash will be deeper and more violent than what we saw in 2008. And as Future Money Trends notes in their latest video below, that could mean massive moves for gold:

We believe the gold price will go absolutely ballistic… with a repricing of a level of $10,000 per ounce or higher as predicted by former CIA adviser Jim Rickards.

And how does one position themselves to take advantage of this crisis asset of last resort?

Holding the physical asset in the form of bullion is, of course, highly recommended.

But for those with investment accounts like 401(k)’s or IRA’s, consider following China’s lead:

For 7,000 years man has mined gold deposits, making it possibly one of the most reliable businesses in human history… and one of the smartest because owning a gold mine allows you to keep producing the gold after your initial investment…

Think about it, for all of human history gold is so precious, so rare, that if you took all the Egyptians mined… the Romans… and everything since… we would only have three Olympic sized swimming pools full of gold.

The headlines for gold these last few years have all focused on physical gold accumulation by China, Russia and Eastern central banks… but what they have missed is a 7,000 year old strategy that China is doubling down on… According to data compiled by Bloomberg, in 2013 asset purchases by Honk Kong and mainland miners increased by $2.2 billion. China is buying gold mines at a record.

…By August of this year Chinese influence will have infiltrated the biggest financial institutions in the world with China only revealing their physical bullion above ground while saying nothing about their mine acquisitions. This explains their long-term strategy to implement some form of gold-backed currency.

The world may well be on its way to the largest gold rally of our lifetime.

When it comes to positioning oneself for crisis, gold and silver have stood the test of time for thousands of years. There will no doubt be ups and downs going forward, but the trend is clear.

Click here to learn how you can follow China’s strategy of accumulating mining assets ahead of the next bull market.