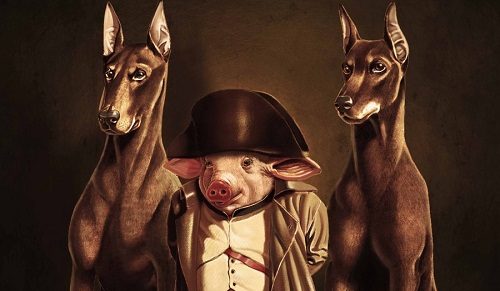 A Chinese envoy to the United Kingdom has warned that British and American interference in Taiwan could result in a war. The envoy further claims that Beijing’s ties with London are now at a crossroads over the island.

In a Guardian op-ed on Tuesday, the Chinese ambassador to the U.K. Zheng Zeguang offered his government’s stance on the territorial feud, while declaring that Taiwan had become a “touchstone issue” for China, the U.S., and the U.K. alike.

“Over the years, the US has been playing the ‘Taiwan card’ to contain China by approving arms sales to the island, upgrading its relations with the authorities there, and hollowing out the one-China principle,” the envoy wrote, referring to a policy that discourages foreign states from forming diplomatic relations with Taipei, which has long been self-governed.

Previously, China warned that the U.S. is “playing with fire” for sending more of its rulers to Taiwan after failing to provoke a violent enough response after Nancy Pelosi’s trip.

“Taiwan independence means war and will lead to a dead end. Opposing and defeating such attempts is meant to avoid war and safeguard peace and stability in the region,” Zheng said according to a report by RT.

Zheng also urged Britain to avoid following in the “footsteps of the U.S.,” citing recent visits by senior American lawmakers to Taiwan, and noted that the island “has always been a sensitive matter at the center of relations between the U.K. and China.” He additionally warned of “serious consequences” if London “crosses the red line of the Chinese side.”

#China urges the #US to stop playing the "#Taiwan card" and not to go further down the path of creating crisis. There is no reason for the #UK to disregard that fact and follow in the footsteps of the US.
Read my article on the Guardian.https://t.co/TmUK3nAZGj pic.twitter.com/EdvLAZqa3Y

Zheng’s comments come as China renews military drills in the region after the U.S. blatantly and dilberatly provoked China by sending another couple of politicians to Taiwan. U.K. Foreign Secretary Liz Truss recently denounced the drills, saying they “threaten peace and stability in the region,” echoing similar condemnation from her American counterpart.

It has become pretty clear that the U.S. is intent on provoking a war with both China and Russia, and the U.K. looks to be taking a page out of the U.S.’s war theatre playbook.