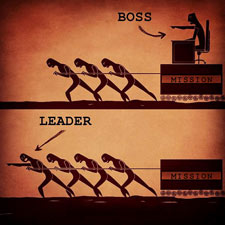 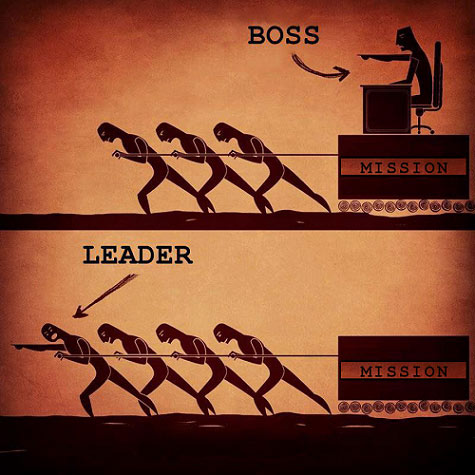 I have never lived through a national scale crisis and like most people, I hope I never have to. That said, with the growing instability present in the state of the world today it would be rather foolish to assume that the near future holds nothing but fairy dust, unicorns and gumdrops. Preparation is a necessity.

Many Americans cannot yet relate to the concept of full spectrum crisis, but most of us have at least experienced localized disasters. In order to understand what a national emergency might look like, one simply needs to examine the microcosm of localized disasters and then imagine the same exact problems but magnified 1,000 times.

From my personal experience with local crises, I can say that the worst threat comes not from the event itself, but the ways in which people choose to deal with the event. That is to say, for smart, courageous and prepared people with the right traits and skills, there is no such thing as a crisis. For stupid people who overestimate their abilities or who let fear dominate their thinking, any crisis becomes an insurmountable moment of utter terror.

The question is, who are the right people? How do we identify them? And, how do we examine ourselves and determine if we are ready or unready? Here are some of the increasingly rare character traits and skills that make a crisis manageable for any community.

The Ability To Act Without Permission

This is one of the hardest character qualities to find in people in a moment of crisis. Remember back to any crisis moments you have personally experienced and ask yourself how many people around you actually tried to solve the problem immediately, and how may stood around waiting for someone else to take the lead?

During larger scale disasters this frequently manifests as widespread apathy. Thousands or even millions of people milling around for someone in “authority” to tell them what they should do rather than taking measures themselves. I am not a big believer in leadership by dictation. The moment you give one or very few people the power to dictate the actions of entire groups, your society is already doomed. However, I am a believer in leadership by example because I have seen it work.

Unfortunately, people who have the ability to lead by example are few and far between. Without people of this quality within your community, it is unlikely you will survive. Decisiveness wins the day.

The Ability To Teach

When I mention the ability to teach, I am not referring to people who we designate officially as “teachers” or people who call themselves teachers. Most teachers do not actually know how to teach anything.

I am thoroughly convinced that the ability to to teach, to transfer knowledge in a way that people can easily understand and replicate, is an inborn skill — a few people are gifted with it, most people are not. I have seen men and women with expert level knowledge in numerous fields of study who are bumbling buffoons when it comes to passing that knowledge on to others. This is because it is not enough to have mastered a skill set; you must also be able to read other people and figure out how they process information. You have to be highly intuitive to teach, and this is not something that can be learned, it is something that comes naturally.

Finding great teachers during terrible times is the best way for a community to strengthen rather than weaken. It is also the only way that a society can rebuild after a collapse.

The Ability To Think Outside Of The Box

An outside-the-box thinker is a kind of inventor – he invents or engineers a mechanism that no one else could have conceived of because he does not see the crisis in front of him in linear terms; he does not see it as a situation he is trapped within. Rather, he sees the crisis as if outside the bubble looking from above. Many people have done this at least once in their lives; few people are able to do this on a regular basis.

The Ability To Stay Calm

It is truly amazing how few people are able to recognize they are in the midst of an emergency or disaster and remain calm and collected. Keep in mind, people who are apathetic during a crisis are not “remaining calm,” they simply are too ignorant to understand the gravity of the situation. Remaining calm requires you to see the danger and to act accordingly without panic.

Vetting people for such a character trait is pretty easy; just watch how they respond to smaller stress events. Do they run and hide every time literally or psychologically, or do they stand their ground and work out the problem? Do they let their emotions take full control, or do they manage them?

Reactionaries can make any crisis far worse by their mere presence. Get rid of them, or teach them how to manage stress if you can.

The Ability To Direct Force Intelligently

Sometimes a crisis is not a natural event but a man-made event, and the only way to stop the crisis is to eliminate the man or men responsible. This requires self-defense, and self-defense requires force. Sadly, when most people do direct force to stop an attack rather than cowering in fear they tend to do it haphazardly and without intelligent direction. They simply lash out in anger, and sometimes the wrong people get hurt in the process.

This is kind of like using a shovel rather than a scalpel to scoop out a tumor.

The ability to direct force intelligently requires not only a propensity for acting without permission, but also in some cases remaining patient. When action is taken, it must be done with precision and insight. Finding a person who appreciates this methodology is like finding a four leaf clover nowadays.

The Ability To Psychologically Process Carnage

Disasters are usually messy and horrifying affairs leading to grisly and macabre scenes. The key is to be able to process the sight of such carnage without being mentally broken by it, while also maintaining one’s humanity. I call these people “quiet professionals.”

People who think that dealing with the pain and death of others requires you to act like a robot have missed the point entirely and are not safe and functional people to have present in a crisis.

Instead, it is vital that we continue to hold onto our empathy, but not let it disrupt our ability to take action to help those who are suffering. Anyone who simply shuts off all emotion is likely a sociopath, and while sociopaths do have a knack for functioning well in grisly jobs they also have a knack for putting other people at risk. Sociopaths are incapable of caring about others, while quiet professionals take responsibility for others despite the ugliness of the situation.

The Ability To Self-Sacrifice

This is not a quality that can be easily seen in other people. Situations that actually call for self-sacrifice usually occur only in the worst of times, and it is nearly impossible to know for certain how anyone, including ourselves, will act when that time comes.

To be clear, self-sacrifice by itself is not a noble quality. There are people out there that long for martyrdom, but they do so in the name of personal glory rather than in the name of saving others. Not only should self-sacrifice be enacted only when it is certain to save lives and no other options are available, it should also only be enacted without selfish aspirations of promoting one’s own legacy. Such an attitude invariably leads to disaster rather than redemption.

It is vital that people have the ability to take initiative during a crisis and get things done. But, it is also vital for people to recognize when the person next to them is better qualified for a specific task.

“Leadership” — good leadership — is about deferring responsibilities in a practical way. If you cannot do this then you are not a leader, you are an annoyance or an obstacle. I have seen far too many people in leadership positions sabotage their own efforts by refusing to hand over responsibility to those better suited to certain tasks.

If you are a motivator, but not a teacher, then motivate your best teachers to teach rather than trying to take charge of both tasks and failing miserably. If you are not skilled in a particular area, then don’t try to micromanage people who are. Finding people who are “doers” is a fantastic thing, as long as they can refrain from overstepping their realm of ability and stepping on the toes of others.

The worst possible scenario I can imagine is to have a community in which leadership is not shared according to expertise to some extent. Identify micro-managers and mini-tyrants early, or suffer the fate of a completely dysfunctional community in the face of unprecedented challenges.

It is perhaps not coincidental that all of the above character qualities are growing rarer as our culture grows more and more unstable. The notion of preparedness for crisis revolves far too much around collecting supplies and menial skills and not enough around collecting people of excellent character. That is to say, true preparedness is about building up necessary supplies and talents, but it is also about organizing with uniquely qualified people. Ignoring the latter task is to set yourself up for inevitable failure.