Chaos Has Never Been Closer: “Obama May Suspend Election” If She Is Too Sick 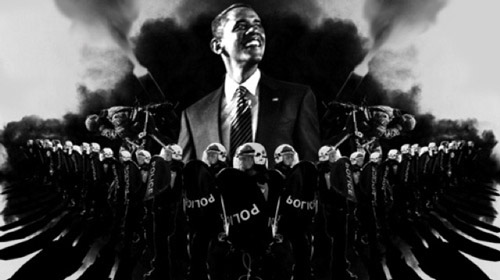 The events are all lined up, and the system is geared for chaos. At any moment, a despotic leader could take control.

But how could it ever happen in America?

With economic collapse again on the horizon, and a basket of issues coming to a head, several factions of the population are tipping towards revolution. Much of it has played out in the election cycle; the establishment has lost all credibility, and the people are seeking anti-establishment voices. Alternate means of maintaining control are implemented.

Homeland Security is taking control of the election process, making a  fair election completely impossible. Optics and careful PR is used to script the election, and maintain a favorable narrative – and one that is explosive enough to produce radical and unexpected results that might drive anger over the edge.

Millions of people have been driven by the media to violently oppose Trump, and may well start riots across the country if he wins the election, that is, if Obama doesn’t stop the elections first. Likewise, if Hillary is elected and take office, it could spawn a civil war, of words… or worse.

Any number of pretexts could theoretically come into play, but no scenario has become more likely than Hillary dropping from the race and stirring, well, a shitstorm like politics has never before seen.

If Hillary is too sick, President Obama could opt to suspend the election, and it could make any number of groups unleash, giving way to civil unrest.

The police state is ready to contain economic/food riots, and are also poised to use martial law to maintain order, using an iron fist.

Chaos and order will repeat in cycle, and everything will become unstable, decline and render the population depraved and vulnerable.

Radio host and political expert Michael Savage appeared on the Alex Jones Show and warned that the new Hillary card could be the unexpected reason for one of the most dangerous scenarios on the books.

If these events came to pass, would the Constitution and rule of law ever be restored?

Michael Savage: Hillary Is In Free-Fall, Obama May Suspend Election

Steve Quayle has also been watching for the type of emergency events that could be used to alter reality and cancel the elections, or allow a martial law scenario to take hold. He, too, sees an uncertain election ahead.

What do you think is going to happen to this country in the next two months?

Stay vigilant, and get ready for literally almost anything.

Even Hillary’s Advisors Admit This Changes Everything: “A New, Unwelcome Element… It Ain’t Good”