Central Banks Are About To Leave Fiat Addicted Stock Markets In Agony: “The Most Unstable Economic Conditions Possible” 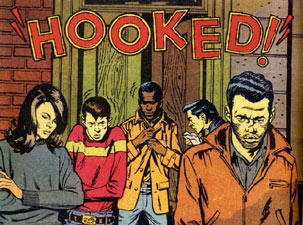 Many investors today are not very familiar with market history and tend to live only in the day-to-day mainstream narrative while watching little red and green graphs move up and down. This is not so much an issue in a relatively stable economic environment. The problem is, today we live in the most unstable economic conditions possible.

These investors and analysts are simply not aware that some of the most exciting stock rallies occur during the most volatile crises, and so they interpret every rally of a few days to a few weeks as a signal for recovery.  However, in this kind of fiscal environment, all the gains made in a few weeks can be lost in moments.

After the Great Depression began to take hold in U.S. markets, massive rallies unfolded over the span of weeks and sometimes months, only to end in a collapse to even lower depths. For example, in 1930 the Dow Jones enjoyed historic rallies twice, gaining 48% only to lose it all, then gaining more than 16% and crashing down to a 50% loss for the year. Each consecutive year there were multiple rallies of more than 25% and each time they disintegrated. By 1932 stocks were only worth approximately 20% of what they were worth in 1929. Bear market rallies continued to give false hope to investors and the public throughout the crisis, and mainstream banks and economists continued to exploit such rallies to capitalize on those false hopes.

I mention this to put our markets today in perspective. Mainstream analysts and some banking moguls are already declaring a reversion of the instability that was launched at the beginning of this year due to the spike in stocks over the past three weeks. I explained the reason behind this comparatively short term rally in my article “Markets Ignore Fundamentals And Chase Headlines Because They Are Dying.” In desperation, the investment world has placed all its hopes on renewed stimulus measures this March by China and the European Central Bank. They have also made bets that the Fed will not raise rates again until the end of this year, if they raise rates again at all.

I believe the next two weeks will be very telling in terms of how the rest of the year in markets will progress. If mainstream analysts and investors are placing faith in further central bank intervention, they may be greatly disappointed.

Every action of the central bankers this year has indicated a shift away from open intervention. The taper of quantitative easing (QE) has run its course and no new QE has been announced since. The rate hikes were launched in December despite all traditional logic to the contrary and now, Fed officials appear to be staying on track for more hikes in the near term. Kansas City Fed President Esther George told Bloomberg that a fed rate hike in March should “absolutely remain on the table.”

San Francisco Fed President John Williams said there has been “no substantial change” in his view of the economy or the rate hikes and that said rate hikes will likely continue as planned.

Fed statements have given little clue as to the timing of the rate hikes, but all fed statements have so far presented an attitude that they plan to “stay the course.” For now, stock markets do not want to accept this reality.

I believe that the Fed will be raising rates again in the near term. I believe there is a possibility for the fed to surprise with a rate hike at their meeting this March 15th and 16th. If this does not occur, the Fed will likely hint of a hike in June in their press statements. Another hike so soon (or even the threat of an assured hike) will absolutely strangle any market gains made in the past few weeks.

Another date to watch out for will be the March 10th meeting of the European Central Bank. All eyes are on renewed ECB stimulus; not only renewed stimulus, but stimulus measures vastly beyond what the ECB has initiated in the past. I am not sure why investors’ expectations are so high for the ECB to save the day. The last time this kind of exuberance hit stock markets over a European stimulus package was in December of last year, and the ECB dashed all those hopes into the dirt with a mediocre response. This aided directly in the stock market volatility that came in January and February.

So, the markets are praying for the ECB to “do it right this time.” I highly doubt the ECB’s eventual decision will satisfy the unrealistic expectations of the investment community. In fact, I believe the central bank will offer little or nothing, and stocks will come crashing down just as they did after the December meeting.

It wasn’t long ago that the entire financial universe was focused on whether China would intervene in their own markets, either with more stimulus or by arresting more investors that were betting against their stocks. The days of outright Chinese stimulus appear to be over as reports come in that the National People’s Congress concluded without any mention of large scale action to artificially support the Chinese economy. This should not be a surprise to anyone who was paying attention; China’s president warned in January that more economic stimulus is “not the answer to the nation’s challenges.”

So, what does this mean?

Well, first and foremost, it shows that the attitude of central bankers is moving away from intervention. As I have stated many times in the past, actions like the Fed taper of QE3 and the rate hikes only make sense if central banks are planning to ALLOW the markets to decline. The rate hike meetings, stimulus meetings, and the fact that they allow investor conjecture on stimulus to continue without much official contradiction, helps international financiers to control the speed at which this crash occurs. But the fact remains that they are not acting to stop the crash, nor will they act.

There are no fundamental economic indicators that are positive enough to support a market recovery or an economic recovery. All moves in stocks are based on nothing but the delusions of fiat addicted stock players waiting for more printing to feed their habit of “buying the dip” without having to think strategically and educate themselves on sound investments. That is to say, investors have become addicted to central bank manipulation of markets, but now the central banks are cutting off their supply of smack.

Where is this all going?

I have mentioned in past articles the tendency of elitists to warn the public of coming economic collapse, but these warnings are always far too late for anyone to do much to prepare. They do this because they KNOW that a crisis is coming. They know a crisis is coming because THEY created the circumstances which are causing it. The money elites inject warnings into the media not to help the public, or to encourage positive solutions. Rather, they offer these warnings so that after the crash they can present themselves to the public as “good Samaritans,” or fortune tellers who “tried to save us.” They are, of course, neither of these things.

The Bank for International Settlements, the central bank of central banks, has released yet another dire warning into the mainstream, stating that “official” global debt is now 200 percent of GDP and that this debt is unsustainable. They have also warned of a “gathering storm” and the “loss of faith in central banks” as 2016 moves forward.

On top of this, none other than Lord Jacob Rothschild has released his own cautionary letter on the global economy, stating that we are now “in the eye of the storm.”

Why are central banks allowing a controlled demolition of our economy to take place instead of propping up and manipulating markets as they have for the past few years? You can read my many articles on the globalist endgame for a detailed explanation, but to summarize – problem, reaction, solution.

International financiers want a completely centralized global economic structure, including a single currency system, the eventual removal of physical currency to be replaced with more easily controlled digital currency, and ultimately a central authority for global economic governance. In the pursuit of a “New World Order,” they must destroy the structure of the “old world.” Covertly engineer an economic problem, get the masses to beg you to save them from that problem, then offer them the solution you always intended to give them.

Our current crisis, what the International Monetary Fund calls the “global economic reset,” has only just begun. Though sometimes we must read between the lines or connect a few dots, in most cases the banking elites tell us exactly what they are going to do before they do it. It’s time we start listening, stop buying into the day-to-day hype and hopes of false recovery, and prepare accordingly.

The Stupid Things People Do When Their Society Breaks Down

Markets Ignore Fundamentals And Chase Headlines Because They Are Dying

“They Spent It All On Hookers, Blow And Fancy Toys” – Hedge Fund Manager Predicts Lower Oil For Longer, Quantitative Easing For The People, And A Gold Bull Market

Clamp Down on Cash Is the Ultimate Surveillance State: “Citizens Shouldn’t Be Under General Suspicion”