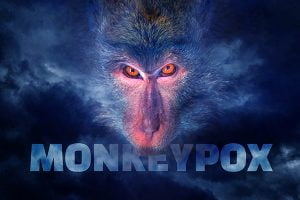 The Centers for Disease Control and Prevention have issued an alert level 2 for the monkeypox outbreak, even though there are only around 200 cases. The CDC  has now moved its travel advisory from Level 1 to Level 2, which is the “Alert” level, corresponding to “Practice Enhanced Precautions.”

Level 1 was the “Watch” level, which simply meant “Practice Usual Precautions.” The CDC seems to be trying to bump up the fear of this “outbreak” much as they did in the early days of the COVID-19 scamdemic. Monkeypox has already resulted in over 200 confirmed and over 100 suspected cases in over 20 different countries

The CDC has a total of three possible levels when it comes to monkeypox travel advisories. According to a report by Forbes, the highest level would be Level 3, which is the “Warning” level and corresponds to “Avoid Nonessential Travel.”  While Level 2 does not really restrict where you can travel, as the name of the level implies, it does mean that you should be alerted to practice some “enhanced precautions.”

The CDC lists several things that travelers should avoid. One is “Close contact with sick people, including those with skin lesions or genital lesions.” So, if you are in the habit of touching other people’s lesions while you are traveling, stop it. Of course, this is probably something that you should avoid doing at any time, even when you are not traveling and even when there isn’t a monkeypox outbreak.

A second thing that you should avoid while traveling, according to the CDC, is “Contact with dead or live wild animals such as small mammals including rodents (rats, squirrels) and non-human primates (monkeys, apes).”

The ruling class in the United States has already ordered a cache of smallpox vaccines to administer to those “in close contact” with the monkeypox.

U.S. Ruling Class Is “In The Process” Of Releasing A Vaccine For Monkeypox