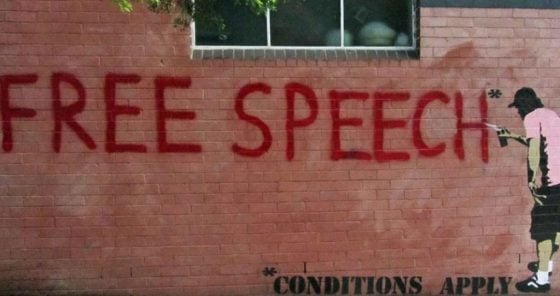 This article was originally published by Chris Menahan at Old Thinker News.

CBS News released a propaganda segment on Monday featuring New York Times tech reporter Cecilia Kang where they suggested the US government could do an end-run around the First Amendment through strict “regulations” in order to suppress “hate speech” and “misinformation” online.

Both the CBS News host and NYT reporter Cecilia Kang said the US should look to countries like Australia, New Zealand, Germany, and India — which do not have free speech — as models for suppressing free speech on the Internet.

As I reported in November 2018, the New York Times editorial board wrote a propaganda piece comparing right-wingers to jihadists and demanded authoritarian censorship of the Internet to stop the spread of “toxic ideas.”

The New York Times last year hired virulent anti-white racist Sarah Jeong in August 2018 as their lead technology writer and made her a member of their editorial board. 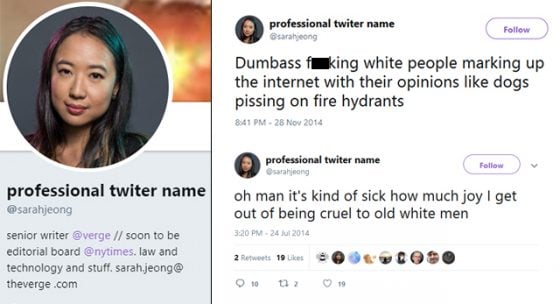 Jeong’s Twitter feed featured her attacking “dumbass f**king white people” for “marking up the internet with their opinions like dogs pissing on fire hydrants.”

She also said she gets a sick “joy” out of “being cruel to old white men” and wondered if white people’s light skin is a sign they’re “only fit to live underground like groveling goblins.”

The New York Times said they were aware of her anti-white tweets when they hired her and argued her tweets were justified because some trolls called her mean names on the Internet.

While journos love to act as though they’re crusaders for free speech and a free press, as we saw over the weekend during the White House Correspondents’ Dinner, they’re actually the biggest crusaders against free speech and the free press in America and throughout the West.