CBD is Proving to be an Effective Natural Treatment for Depression 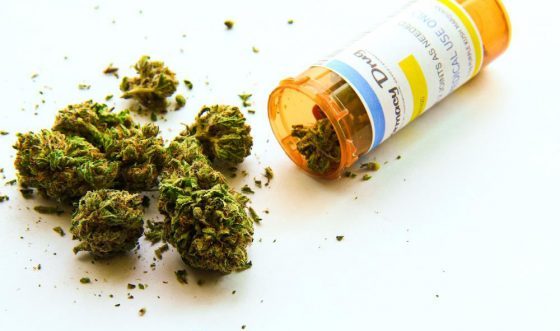 This article was originally published by Vicki Batts at Natural News.

CBD, or cannabidiol, is one of many cannabinoid compounds found in the cannabis plant. CBD is one of the most researched cannabinoid compounds, along with THC (or, tetrahydrocannabinol). While THC does have medicinal value, it is primarily known for its psychoactive effects. Conversely, CBD is not psychoactive and is famous for its myriad of health benefits and medicinal uses. Research has shown that CBD can be used to treat a variety of diseases and conditions, ranging from seizure disorders to depression. 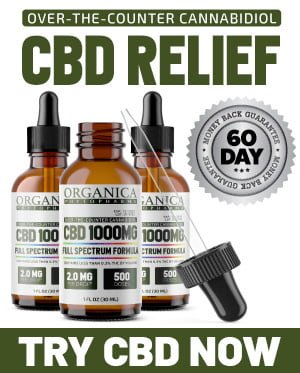 Depression affects an estimated seven percent of the U.S. population. Another 18 percent of the population suffers from anxiety. In 2014, one out of every eight Americans aged 12 and older were on a prescription antidepressant. Many experts have questioned the mental health industry’s standard line of prescription drug treatment: In addition to the litany of adverse side effects that often come with antidepressants and other psych drugs, these drugs are often incomplete or ineffective. Dr. Frederic Neuman states that most patients need at least two medications to manage their depression, if not three. Clearly, psychiatric medications are not the answer — and a growing body of research shows that CBD could be a more effective, less harmful solution.

According to the researchers, a single dose of CBD yielded detectable anti-depressive effects within one hour of administration — and the benefits of this single-dose lasted an entire week. Study leader Samia Joca, from Aarhus Institute of Advanced Studies and the University of São Paulo, and their team, have authored two other studies demonstrating the antidepressant benefits of CBD.

In a previous study, the team found that CBD essentially helps the brain “heal” from depression.

But Jaca and her team are not the only ones investigating CBD’s ability to fight depression. As Medical News Today reports, dozens of studies have shown that CBD acts as both an antidepressant and an anti-anxiety compound. Studies show that CBD can be effective at treating these conditions both short- and long-term.

Pharma drugs are a sham

CBD has many uses; research has shown it can effectively treat pain, seizure disorders, and much more. Like most plant-based medicines, CBD (and the cannabis plant as a whole) can be used to help treat a number of conditions. Some research even shows that CBD oil can help curb opioid addiction — a problem that was completely created by the corrupt pharmaceutical industry.

Like most other prescription drugs, psychiatric drugs can come with horrific side effects. In addition to mood swings, insomnia, and sexual dysfunction, antidepressant use is a serious risk for violence, homicide, and suicide.

Even the FDA was forced to admit in 2007 that SSRIs (selective serotonin reuptake inhibitors, a common type of antidepressant) can increase the risk of madness in all age groups and that the drugs are actually “very dangerous.”

The FDA cautioned further that families and caregivers should monitor SSRI patients very closely, looking for the emergence of these symptoms on a “day-to-day basis,” because “changes may be abrupt.”

Conversely, CBD oil’s side effects include fatigue, irritability, and nausea. In many cases, these effects can be resolved with dosage adjustments. However, there is also a potential for CBD to interact with some prescription medications to keep in mind. While CBD is generally low-risk, you should always consult with your naturopath or other trusted care provider before beginning any new supplements or natural medicines.

Vicki Batts is the author of a free ebook that details the ways to prevent and reverse heart disease (and other cardio-related events). The book (found here) includes everything you need to know about preventing heart disease, reversing hypertension, and nurturing your cardiac health without medication.