Can You Be A Minimalist AND A Prepper? 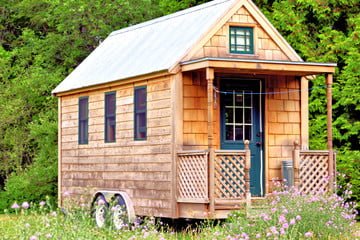 Minimalism is having a moment, and a quick perusal of YouTube will have you wondering why you haven’t tried it before, other than it seems like it is diametrically opposed to prepping.  But why can’t you be both?

Minimalism and prepping can actually go hand-in-hand. There’s really more overlap in ideas than most will admit. On the surface, minimalists and preppers look very different, but all you have to do is dig a little deeper and you will find that the methodologies both employ are actually very similar.

Serious preppers understand that survivalism is not just about the hoarding of stuff, but about carefully selected items that will give them a leg up during an apocalyptic event.  Minimalists also usually only keep items that are useful to them, making them not only unburdened by the baggage of “stuff”, but capable of distinguishing from wants and needs, overlapping the area into the “prepper’s mindset” quite easily.

Minimalists are used to living with less. They don’t need designer handbags and extravagant body washes to get through. Because of this, they often save a good portion of their income, freeing up more money for those needs (like a water filtration system) by saving on the wants.

Minimalists also often choose smaller homes (the tiny house movement is having a moment) since they have fewer items they need to store. But those small abodes are easier to take off the grid in a SHTF situation too. They require substantially less power than a standard sized American home.

Just like prepping, minimalism is not for everyone.  Many will have trouble giving up their beloved possessions and the public is often skeptical of both.  Many look down on preppers too for taking their survival into their own hands and storing extra food and water while average people hoard things like shoes. Others tend to look down on minimalists for wearing the same few shirts in rotation and never replacing them until they are worn out.

Minimalists and preppers also share another common thread: those who practice one or both are above the rampant consumerism ravaging the lives of and indebting most Americans. Both avoid buying up every sale item in sight just to have it and both really evaluate every purchase made making certain it’s necessary and “the right one.”  The truth is, neither prepping or minimalism is “normal” to the average overspending, deeply indebted American who has no idea why they can’t make ends meet.

Additionally, most preppers and minimalists reject the very idea of waste—food, perishable goods, and money. Both have learned to tailor their lives (whether it’s prepping or minimizing) in a way that allows the use of literally everything (composting, for example, is a great way to eliminate food waste.)   Minimalists often employ this strategy too and eventually grow their own food decreasing their reliance on others.

Minimalists don’t “go without,” rather, they’ve learned to live with less. They simply narrow their focus and really hone in on what is truly a necessity just like preppers do.  After all, there’s only so much you can fit in your bug out bag.

“Hang onto the joy and peace you get from not being weighed down by excessive belongings while maintaining the comfort and confidence you get by knowing you are prepared to be self-sufficient in the event that any ordinary support systems break down.” –Off Grid News

Another great article on the similarities between preppers and minimalists can be found by clicking here. Off Grid News did an excellent job highlighting how you can be a minimalist and a prepper at the same time.