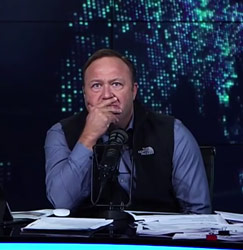 This article was originally published at the Intellihub 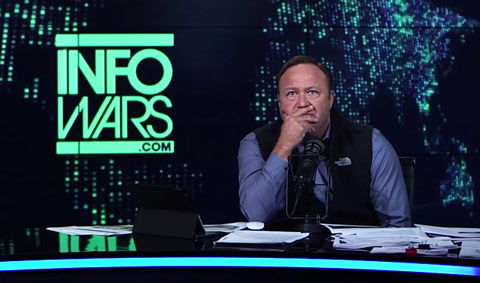 If you don’t already know him, Alex Jones is a controversial radio talk show host who does what he says and says what he does. The guy is for real and he’s in it for the long-haul. In fact, you can likely bet he’s one of the establishment’s top enemies aside from Donald Trump who Jones recently interviewed.

He’s been exposing the “New World Order” as he’s termed them, the world’s top “globalist elite” for years on his popular radio show, “The Alex Jones Show”.

On Dec 22. Jones reported while on air that the Police Chief of Austin had previously informed him that they had arrested someone who came to town awhile back to kill Jones.

“He said man you know somebody came here to kill you. You don’t know about that? And I said no–we ought to look into it. And he goes, you know we had people on that and we stopped them and took them in but then they had to be released.

But I can’t get into it because of court reasons and stuff. And then I get sent this whole file and called by a detective from L.A. where this guy came here and went to all my last known locations and was staked out to kill me.”

“They sent State Police [in California] and he killed one of them and then they killed him,” Jones said.

“Literally a police officer was killed in California trying to protect me,” said Jones, continuing on to defend the police for doing so.

‘Ten or twenty years ago they thought I was a kook, now they listen to my show and I just scare the daylights out of people’

“We got spiders all over the place okay, and that’s not fear mongering. It’s good to know they are there, that’s positive”

This article originally appeared at the Intellihub