Cali Democrat Dianne Feinstein Slams Illegal Immigration: “People Who Should Be Here Are Those Who Come Legally” 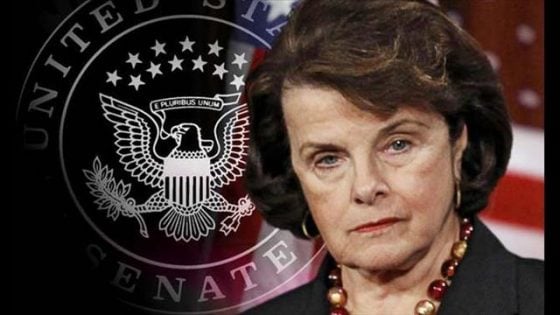 Democrats have been staunch supporters of unfettered, borderless immigration over the last several years, often claiming that anyone against allowing undocumented individuals into the United States is a xenophobe and morally bankrupt.

But as you’ll see below from none other than California Senator Dianne Feinstein, reducing the flow of undocumented migrants is a necessity for a variety of reasons, including budgetary considerations and lower crime.

In the following video Feinstein makes the exact same points President Trump is making today, except somehow Trump is a wrong for doing so.

People who should be here are those who come legally… We’ve got to enforce our borders. The day when America can be a welfare system for Mexico is gone.

Hurry and watch this video of @SenFeinstein…. Twitter keeps deleting it so it doesn’t get out in the public! pic.twitter.com/16FVyYrhHd