Brutal Honesty: This Is The Video About Racism They Don’t Want You To See 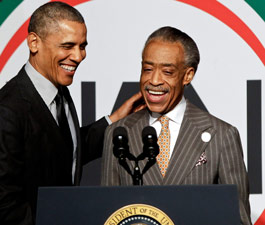 Though Americans were under the impression that race would improve after the election of a half-black man as President of the United States, the last eight years have witnessed a firestorm of assumptions, accusations, lies, division and violence.

Racism, it seems, is not only alive and well, but worse than it has ever been.

Or is it? Could it be that most Americans, regardless of the color of their skin, are perfectly fine having people of other races as their friends, neighbors and colleagues, and that certain people in positions of power are using their influence to manipulate the masses?

This short micro-documentary from Future Money Trends explores a hot button issue and one that is all too often voluntarily ignored by the broader media because it is simply too controversial to admit.

Excerpt From ‘Real Racism Is Supported By Lies’:

Police brutality is real… and racism is real. But they are probably not tied together as closely as much as the media wants you to believe.

Instead of people rallying that ‘all lives matter’ we have organizations like the National Association for Colored People, Congressional Black Caucus, Black Entertainment, and the National Al Sharpton Action Network leading the charge on just who the racists are…carrying signs that say ‘black lives matter.’

Interesting that people who identify their organizations and voting bias off the color of their skin would be given so much credibility as to where the real racism in America is.