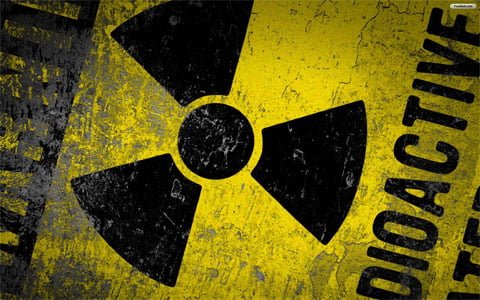 After the world witnessed a widespread radioactive disaster following the Tsunami that took down power systems at the Fukushima nuclear facility in Japan you would think that nuclear regulators and operators would have taken the threat of unforeseen accidents seriously.

Apparently, this is not the case, according to a new report from the United Kingdom.

It was a situation kept secret because the implications were so serious that the entire country of Britain could have been turned to a radioactive wasteland overnight.

A major nuclear incident was narrowly averted at the heart of Britain’s Royal Navy submarine fleet, The Independent on Sunday can reveal. The failure of both the primary and secondary power sources of coolant for nuclear reactors at the Devonport dockyard in Plymouth on 29 July last year followed warnings in previous years of just such a situation.

Experts yesterday compared the crisis at the naval base, operated by the Ministry of Defence and government engineering contractors Babcock Marine, with the Fukushima Daiichi power-station meltdown in Japan in 2011.

But last July a series of what were described as “unidentified defects” triggered the failures which meant that for more than 90 minutes, submarines were left without their main sources of coolant.

John Large, an independent nuclear adviser who led the team that conducted radiation analysis on the Russian Kursk submarine which sank in the Barents Sea in 2000, said:

“It is unbelievable that this happened. It could have been very serious. Things like this shouldn’t happen. It is a fundamental that these fail-safe requirements work. It had all the seriousness of a major meltdown – a major radioactive release.”

Among a number of “areas of concern” uncovered by the Babcock investigation was what was described as an “inability to learn from previous incidents and to implement the recommendations from previous event reports”.

A subsequent review from the Base Nuclear Safety Organisation revealed the “unsuccessful connection of diesel generators” and questioned the “effectiveness of the maintenance methodology and its management”, while advising Babcock to “address the shortfalls in their current maintenance regime”.

Its own “stress test” on Devonport safety, launched after the Fukushima disaster, said that in the event of the failure of both power supplies, heat levels in reactors could be controlled by emergency portable water pumps, and added that such a failure had occurred a “number of times” previously.

If you think nuclear facilities in the United States and other Western nations are any safer than Fukushima or Devonport, you’d be mistaken.

Because these facilities often operate under the cloak of secrecy, it is impossible for us to know how many times such incidents have occurred in the United States. What we do know is that on March 28, 1979 the 3-Mile Island nuclear facility in Pennsylvania experienced the worst nuclear power plant accident in American history when a meltdown occurred in one of the facility’s two reactors. Thus, accidents at these facilities are not unprecedented.

There are currently 65 commercially operating nuclear power plants with 104 nuclear reactors in 31 states around the country. 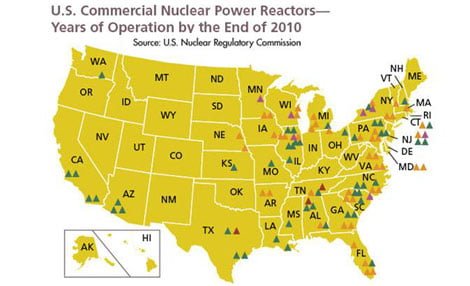 What Chernobyl, Fukushima, 3-Mile Island and Devonport show is that we are not immune from the real possibility of a massive nuclear disaster.

Given the sheer concentration of these facilities around major population centers, especially in the eastern United States, one can’t ignore the potential for an emergency on U.S. soil that irradiates a huge portion of our population and forces region-wide evacuations.

Consider a situation where the United States comes under attack by a Super-EMP (electro magnetic pulse) weapon or a powerful solar flare that takes down the power grid. In such a scenario, a collapse of our banks, stock markets, economy, and systems of commerce would be the least of our worries.

We already know that the processes and procedures in place to test and maintain back-up power generators is lacking, as evidenced by the failure of similar generators at medical facilities following Hurricane Sandy in 2012. Couple those system failures with an EMP or solar flare that renders the system completely inoperable, and people living within a 100-mile radius of a nuclear reactor would have about 90 minutes to evacuate before radiation spews all over them.

While a nuclear disaster of this magnitude is an outlier, it is not out of the question. We’ve experienced one in the last few years, and it’s still not under control and continues to contaminate ocean water, as well as the residents of Japan (and perhaps even the United States).

The threat of a nuclear meltdown if you live within several hundred miles of a nuclear facility is one worthy of consideration, planning and preparation. You’ll need to have a bug out plan in place and be ready to put it into action in seconds – not minutes.

You’ll have to move fast – very fast – at the first sign that a nuclear event is imminent. Tens of thousands of scared and panicked people will be trying to figure out what to do, how to get out of town, and where they will go. If you have a plan in place ahead of time you’ll at least be able to move a few minutes sooner than the rest of the golden horde. And when we’re talking 90 minutes until meltdown, even 5 minutes could be a life saver.

Nuclear disasters can happen. We’ve seen it with our own eyes. It will happen again. That is just about guaranteed.

Be prepared to act when it does.