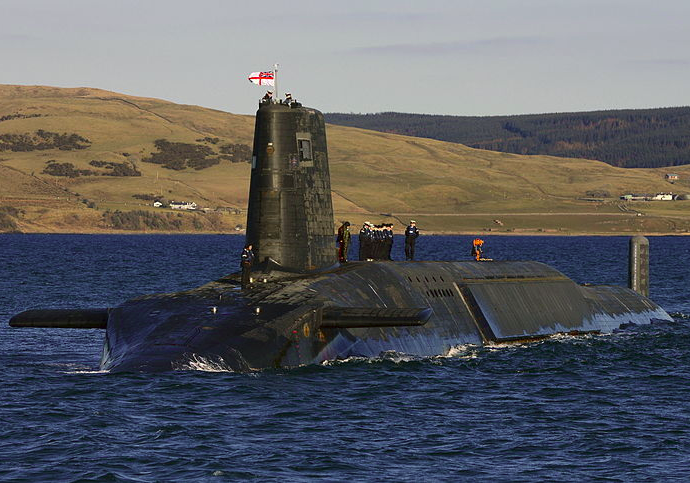 Cyber security has become a preeminent issue in the modern world. That’s because so much of our standard of living is now reliant on computers that can often be easily hacked. Computers may make our lives easier, but they’ve given our civilization a whole new vulnerability to worry about. Our privacy, our infrastructure, and our financial systems are now at the mercy of hackers.

But those threats pale in comparison the vulnerability of our nuclear arsenals. Yes, you read that correctly. You’d think that the nuclear arsenals fielded by Western governments would have levels of security that are so tight, that they’d be virtually impossible to hack, but that’s not the case. According to the British American Security Information Council think tank, the UK’s Trident nuclear submarines are certainly vulnerable to hackers, contrary to the claims of the government.

“Submarines on patrol are clearly air-gapped, not being connected to the internet or other networks, except when receiving (very simple) data from outside. As a consequence, it has sometimes been claimed by officials that Trident is safe from hacking. But this is patently false and complacent,” they say in the report.

Even if it were true that a submarine at sea could not be attacked digitally, the report points out that the vessels are only at sea part of the time and are vulnerable to the introduction of malware at other points, such as during maintenance while docked at the Faslane naval base in Scotland.

The report says: “Trident’s sensitive cyber systems are not connected to the internet or any other civilian network. Nevertheless, the vessel, missiles, warheads and all the various support systems rely on networked computers, devices and software, and each of these have to be designed and programmed. All of them incorporate unique data and must be regularly upgraded, reconfigured and patched.”

Fortunately, this kind of cyber attack couldn’t be committed by just any old yahoo with a computer. It would require the resources that governments typically have access to. Still, this threat is sobering when you consider that these submarines apparently utilize the same Windows software that is used by Britain’s National Health Service, which was thoroughly infiltrated by the WannaCry malware last month.

Hackers could take control of Britain’s atomic weapons and use them to start a “catastrophic” global nuclear war, tech experts have warned.

In a report published today, the British American Security Information Council (BASIC) said that cyber-spies could commandeer the systems which power the nation’s Trident submarines and then launch devastating attacks.

“A successful attack could neutralise operations, lead to loss of life, defeat or perhaps even the catastrophic exchange of nuclear warheads,” the report warned.

Back in the Cold War, people used to worry about the wrong people having access to “the red button.” But now nuclear war appears to be “just a click away.”

Brandon Smith Warns: “All Global Banking Systems And Stock Exchanges Are Open To Attack With These Same NSA Exploits’