This article was contributed by Tom Beck at Portfolio Wealth Global.

Since 2008, the middle class and the working class have SEEN ENOUGH of corporate bailouts. Now, when CEOs shout that they’ll go bust if Washington doesn’t provide liquidity, Congress isn’t so quick to be the lender of LAST RESORT.

Therefore, when coronavirus has caught the country in the later stages of an incredible economic boom, it (economic improvement) was the only thing keeping the ship sailing smoothly.

The losses have been MONUMENTAL since the Covid-19 started spreading, though. In 2008, homeowners lost a collective $8 trillion. In less than a month, investors have lost $30 trillion in the 2020 pandemic. That’s 50% MORE than a full year of GDP.

These sorts of losses are not only shocking, but they’re CALLING INTO QUESTION the very fabric of the fiat monetary system.

The most obvious short positions of the past three weeks have been airlines, hotel chains, casinos, oil companies, and cruise ship businesses. The profits have been STAGGERING.

Look at this HISTORIC calamity: 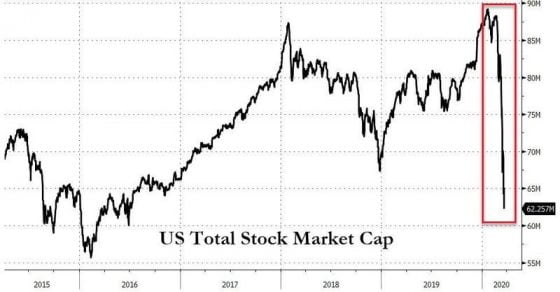 Stock prices have forfeited the last 3.5 years of gains. The S&P 500 and the Dow Jones Industrial Average are LOWER than they were on the day that Trump took office.

I’m beginning to BELIEVE that the upside of short positions are over and done with since these companies are priced for bankruptcy and the government will NOT let them fail.

We know as much because Washington has just approved a $2,000,000,000,000 PACKAGE. No, you’re not seeing double; the folks at the hill decided that $2 trillion will be enough to start with.

Our system is so stupidly rigged. The federal government can just borrow $2 trillion and if not enough lenders are willing to assume the risk, the Federal Reserve will simply purchase a large amount. The money JUST APPEARS, when we need it.

We’re reaching the MAXIMUM LIMIT of our dollar structure.

Literally, in the last nine days, the dollar has been all that anyone has wanted to own.

We’ve seen DEFLATIONARY scares in the past, but this takes the prize.

Through the use of swap lines, the Federal Reserve has worked with all major central banks to make sure the banks even stay open.

Any day now, if things worsen, there might be announcements of ATM issues and no one wants to be locked out of his checking account.

This operation has led Jerome Powell and his team of bandits to cut rates to zero and to launch QE again.

The scope of the program is already twice as large as in 2008.

At this point, I want you to know that the central banks and governments, at large, have SACRIFICED everything to keep the world from imploding altogether, so they’re past the point of no return.

This absolutely means that inflation waits on the other side of this. 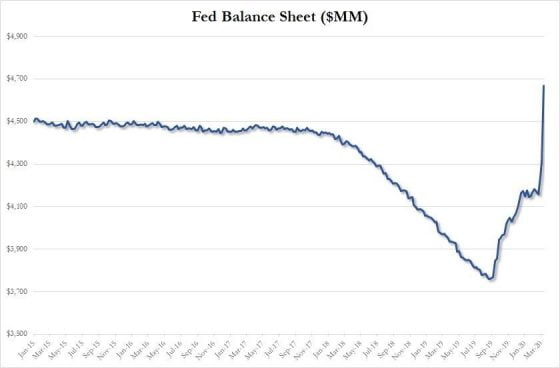 What that means is that I’ve noticed that PREMIUMS on physical precious metals are going through the roof!

Keith Neumeyer, who is CEO of the world’s purest publicly-traded silver mining conglomerate, has challenged investors to find ANY physical coins selling for the spot price – it’s IMPOSSIBLE.

The spot price has DECOUPLED from reality!

Once the U.S. Treasury and the central bank manage to push the dollar’s EXCESSIVE demand back to normal, the cash reserves that everyone’s sitting on will push silver towards $20/ounce in minutes.

Then, it will begin price discovery, which to me, suggests $30/ounce and HIGHER.

On Tuesday, I’ll publish a SUPER-IMPORTANT update; the most comprehensive one ever made about the effect coronavirus has had.

It will include BOMBSHELLS regarding the crisis management skills of President Trump, from inside sources.